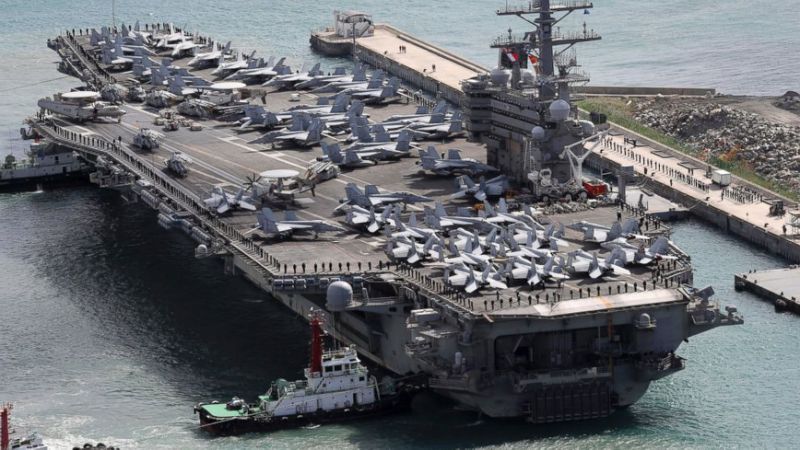 A U.S. Navy aircraft with 11 passengers and crew crashed into the Philippine Sea on Wednesday on its return to the USS Ronald Reagan, according to the Navy’s 7th Fleet.

The cause of the crash is also unknown.

The USS Ronald Reagan is currently operating in the Philippine Sea. The ship was taking part in Annual Exercise 2017 (AE17), a bilateral field-training exercise with the Japanese Navy conducted in waters off Japan from Nov. 16 to 26.

The USS Ronald Reagan is conducting search and rescue operations, the Navy said. Conditions of the 11 passengers is not known.

The accident is the latest in a series of disasters in 2017 for the 7th Fleet, which is stationed in Japan. In January, the USS Antietam ran aground off the coast of Japan, damaging its propellers and spilling oil into the water. The USS Lake Champlain collided with South Korean fishing boat on May 9.

Seven U.S. sailors were killed when the USS Fitzgerald collided with a Philippine-flagged container ship in the middle of the night off the coast of Yokosuuka on June 17.

And the deadliest accident came on Aug. 21, when 10 U.S. sailors were killed when the USS John S. McCain collided with commercial vessel Alnic MC in waters east of Singapore, according to the Navy.