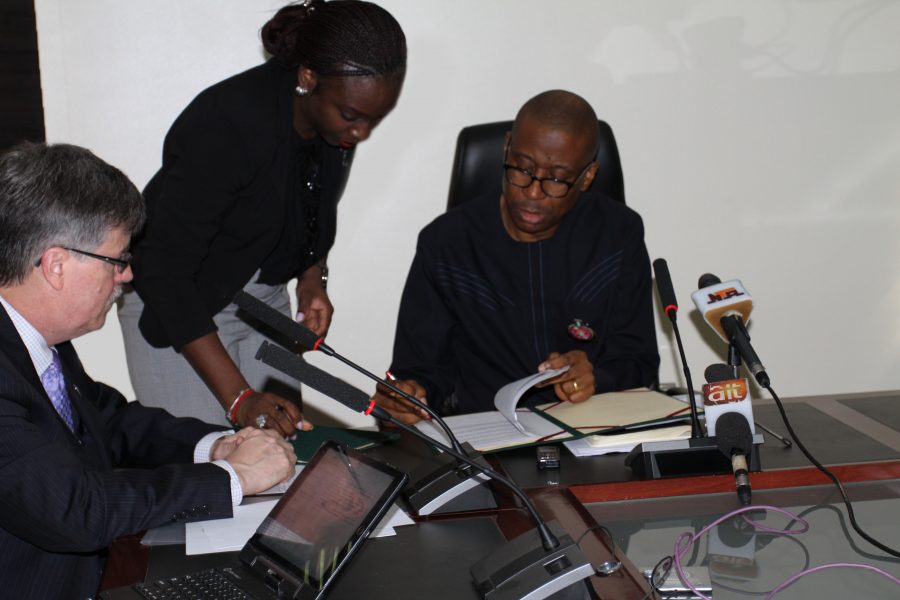 The U.S. Department of Commerce and Nigeria’s Ministry of Industry Trade and Investment (MITI) Tuesday finalized the Memorandum of Understanding to formally establish a new bilateral policy instrument focused on trade and investment between Nigeria and the United States.

The CID, the newest instrument of U.S. engagement with Nigeria, is different in that it leverages the voice of the private sector in the effort to enhance the bilateral commercial and investment relationship.

The U.S.-Nigeria Commercial and Investment Dialogue (CID) is a U.S. Department of Commerce and Nigeria’s Ministry of Industry Trade and Investment-led mechanism designed to promote increased, diverse, and sustained trade and investment between the United States and Nigeria.

The United States and Nigeria have worked together for several months on the requisite details to establish the CID. The CID will initially focus on infrastructure, agriculture, digital economy, investment, and regulatory reform.

At the 2016 U.S.-Africa Business Summit in New York, President Muhammadu Buhari announced his support for the CID and Dr. Enelemah has worked tirelessly with many senior officials of the U.S. Department of Commerce to bring about yesterday’s signing.

The CID is expected to launch in early 2018 at a meeting co-chaired by Secretary Ross and Minister Enelamah.

CIDInvestmentTrade
Share
Subscribe to our newsletter
Sign up here to get the latest news, updates and special offers delivered directly to your inbox.
You can unsubscribe at any time

US Navy aircraft carrying 11 passengers crashes into sea near Japan