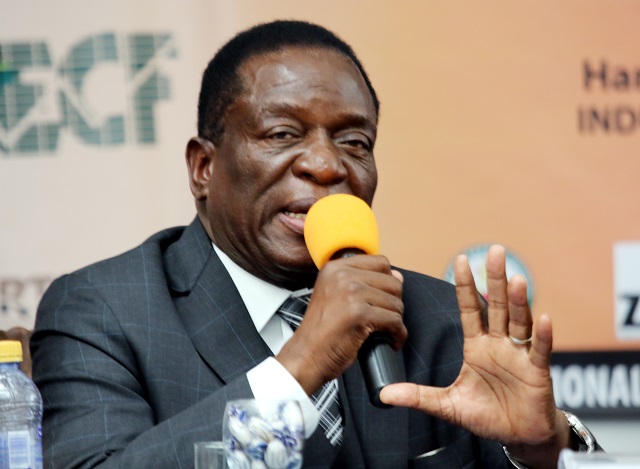 “I appeal to all genuine people of Zimbabwe to come together,” said Mnangagwa. “We are all Zimbabweans … we need peace in our country and jobs, jobs, jobs.”

This was received very enthusiastically by the crowd of supporters at the headquarters of the ruling ZANU-PF party, as Zimbabwe’s continuing economic crisis helped bring the downfall of Robert Mugabe, who resigned Tuesday.

Mnangagwa said he was in constant contact with military leaders during the tumultuous two weeks between his firing by Mugabe and his return to the country as the new leader.

He praised military and commander Gen. Constantino Chiwenga “who have been able to manage this process very peacefully.”

After emerging from hiding in South Africa, Mnangagwa met with South African president Jacob Zuma and then flew to Zimbabwe in a private jet. He will be sworn in Friday as Zimbabwe’s new president to serve Mugabe’s remaining term until elections next year.

The 75-year-old Mnangagwa fled Zimbabwe after Mugabe fired him earlier this month, leading the military to move in and kick off a series of extraordinary events ending in Mugabe stepping down amid impeachment proceedings.