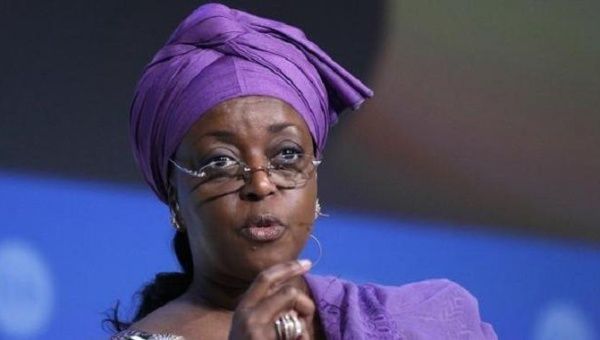 [dropcap]F[/dropcap]ormer minister of petroleum resources  Diezani  Alison-Madueke Monday said that she is willing to appear in court to defend herself, but her name has been ‘surreptitiously’ left out of the list of defendants in the $1.9 billion, 9 count charge of fraud and criminal diversion, in court documents obtained by Per Second News.

The Economic and Financial Crimes Commission, EFCC, last month made a public statement that the Commission will extradite the former Minister from the United Kingdom, to Nigeria and face corruption charges.

Interestingly and unbeknownst to the public and perhaps to the EFCC whilst the courts were on vacation on or about the 18th of August, Diezani Alison-Madueke in a move that would interest most Nigerians filed a fundamental human rights motion requesting Justice Nnamdi Dimgba of the Federal High Court sitting in Maitama, Abuja to include her as a co-defendant in the  $1.6bn 9 count charge of fraud and criminal diversion preferred against Jide Omokore, Victor Briggs, Abiye Membere, David Mbanefo,Atlantic Energy Brass Development Limited and Atlantic Energy Drilling Concepts Limited.

According to court documents cited by Per Second News and filed by her lawyer Onyechi Ikpeazu, SAN, the former petroleum minister said that her constitutional right of fair hearing is being infringed as the trial is proceeding in her absence in spite of the fact that allegation of astronomical proportion were made against her. 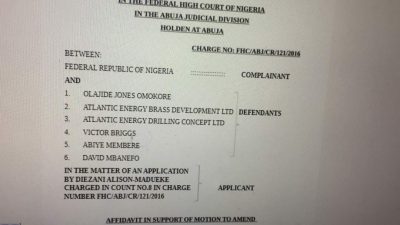 In the charge N0 FHC/ABJ/CR/121/2016, the former minister said that she has been copiously mentioned and accused within the charge sheets and in the media of conspiring with Omokore and his co-defendants but was never included by EFCC’s prosecutor as a co-defendant in the suit.

Ikpeazu, SAN, in the motion paper further maintained that her client deserves a right to fair hearing as enshrined in Section 36 of the Nigerian constitution.

” If she is said to have conspired, she must be given a right to defend herself, Ikpeazu said.

Despite the fact that all parties were served, the anti-corruption agency failed to appear in court, said Ikpeazu. 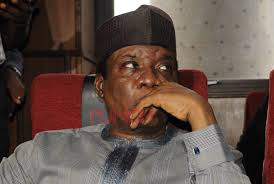 Justice Dimgba on Monday adjourned the case to Wednesday 20th September to enable the EFCC appear.

Trump Says United Nations Yet to Reach Its Full Potential