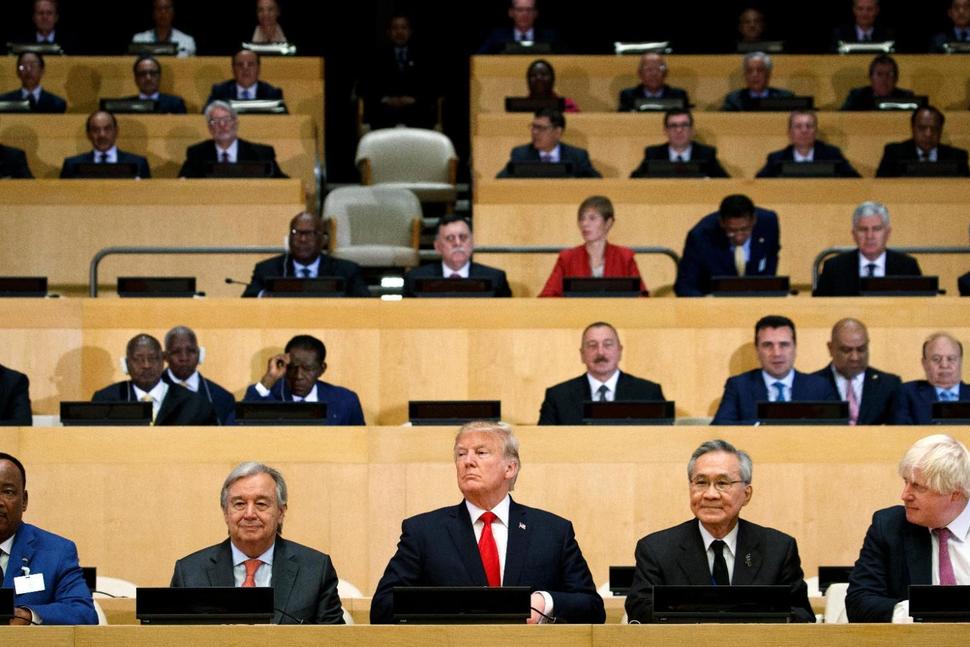 UNITED NATIONS—President Donald Trump took his agenda of change to the United Nations as the annual General Assembly got underway.

Trump on Monday argued for overhauling the United Nations, in comments to senior officials and leaders from more than 120 other nations.

The United States President called on the United Nations to “focus more on people and less on bureaucracy.”

Trump in the meeting reiterated his campaign criticism of the world body.

“In recent years, the United Nations has not reached its full potential due to bureaucracy and mismanagement,” Trump said. “We are not seeing the results in line with this investment.”

The president urged the U.N. to focus “more on people and less on bureaucracy” and to change “business as usual and not be beholden to ways of the past which were not working.” He also suggested the U.S. was paying more than its fair share to keep the New York-based world body operational.