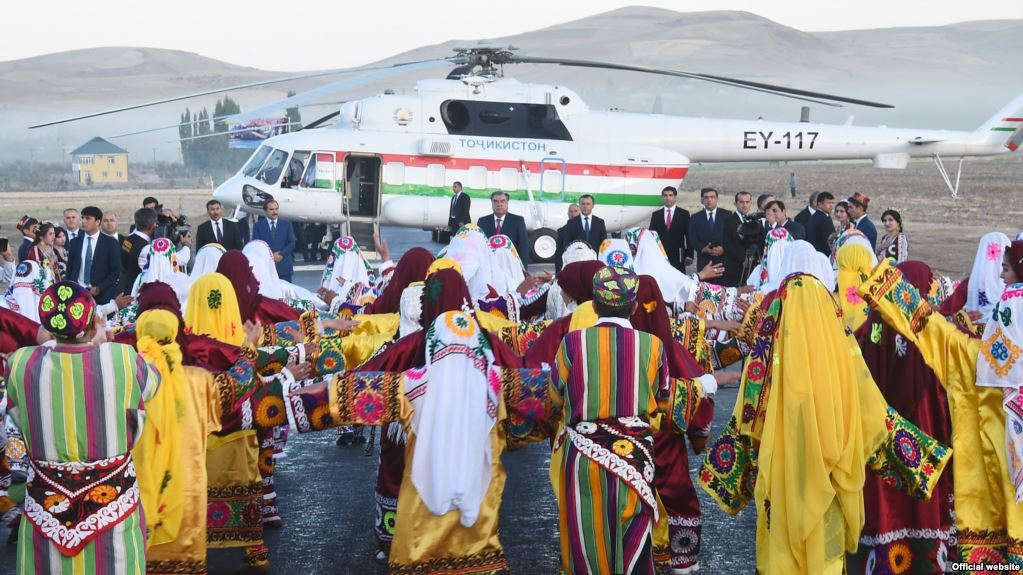 [dropcap]L[/dropcap]ocal officials in southern Tajikistan say the director of the regional airport in the city of Khorugh has died after being thrown to the ground by a downdraft from President Emomali Rahmon’s helicopter and hitting his head on a rock.

Several local officials who witnessed the incident told RFE/RL’s Tajik Service that Khorugh airport director Dildor Maqsudshoev was knocked to the ground by the downdraft from Rahmon’s helicopter as the president was leaving the village of Yahchi Sor on September 13.

They said Rahmon had just finished visiting the village in the mountainous Darvoz district of the Gorno-Badakhshan region and was returning to Dushanbe in his helicopter when the incident occurred.

Gorno-Badakhshan’s regional police department told RFE/RL on September 14 that Maqsudshoev died while being transported to a local hospital, and that his death was the result of “an accident.”

But Darvoz district chief Saidburhon Abdurahmonzoda later downplayed the role of Rahmon’s helicopter in Maqsudshoev’s death, telling RFE/RL on September 14 that the 60-year-old airport director fell to the ground because he had a heart condition.

Maqsudshoev was among a group of local officials accompanying Rahmon during his visit to towns and villages in Gorno-Badakhshan.

SERAP to Saraki: Tell Nigerians if it’s true that a Senator gets over N3bn yearly