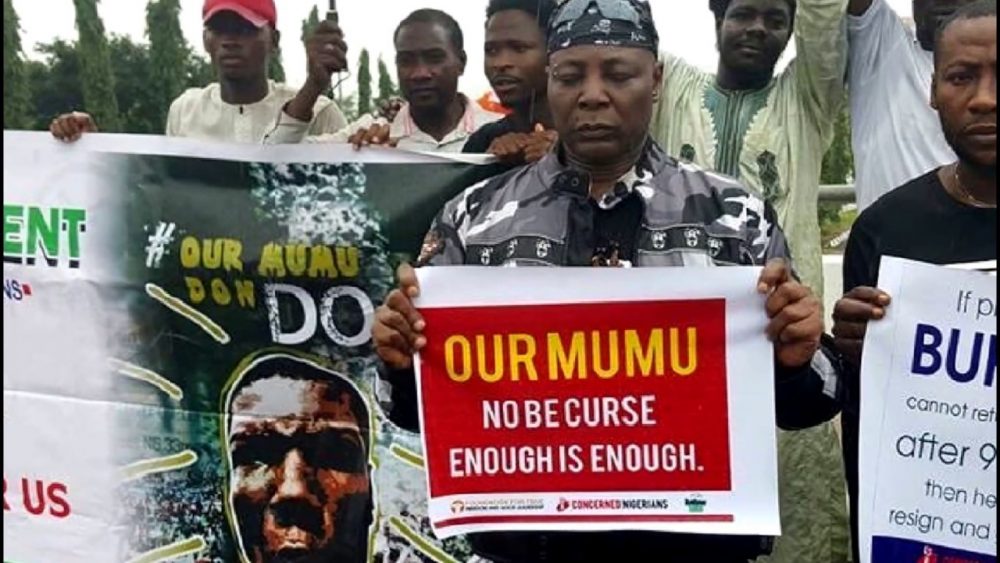 An anti- Buhari protest became violent on Tuesday  after supporters of president Buhari attacked popular musician, Charles Oputa, popularly called Charly Boy, who has been leading a campaign for the return or resignation of the president.

“Charley Boy came to this market with some cameramen doing his protest here, I was standing in front of my shop when I saw him running for his dear life, being chased by those youth,” a trader at the market said.

“They nearly lynched him, because those youth almost overpowered police security near him.”

According to Deji Adeyanju, one of the leaders of the group, “We just went to Wuse market for mobilisation against 100 days event tomorrow & a regular face at Unity Fountain brought thugs to attack us,” Deji wrote on Twitter.

“Charly Boy’s car was damaged by the thugs. This is a senseless government. #ResumeOrResign”

Wuse market ‎is Abuja’s largest and is dominated by northerners, many of them supporters of President Buhari.
The gates of the market were temporarily closed and manned by heavily armed security operatives after the incident.

“Charley Boy caused it, how can he come here to be talking against Buhari.