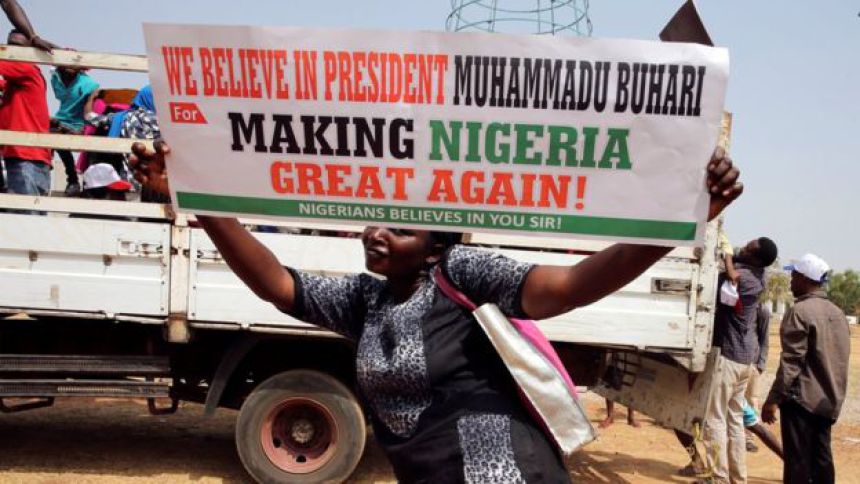 Pushing back against the fervid protests targeting Buhari, supporters of the president launched a wave of counterdemonstrations showing the  administration their support.

They burst into chants of “four more years.” “We reposed confidence on President Buhari.”

Hundreds of supporters participated in the demonstrations with dozens of police men and women on standby for protection.

Earlier in the week some protesters demanded that President Muhammadu Buhari, receiving treatment in London for an undisclosed ailment for more than three months, either return or resign.

Dozens of protesters on Monday marched in heavy rain to the Villa with banners urging that the 74-year-old return.

“Resume or resign, Nigerians say enough is enough,” one said, with others stating: “If president Buhari cannot return to Nigeria after 90 days, then he should resign and go home”, and “Buhari, where are you? Nigerians want full disclosure. What is wrong with our president?”

Buharisupporters
Share
Subscribe to our newsletter
Sign up here to get the latest news, updates and special offers delivered directly to your inbox.
You can unsubscribe at any time

GOCOP gets new executive ahead of 2017 conference in Lagos

Osinbajo at the Cabinet Retreat on ERGP Implementation and 2018 Budget Preparation Process.