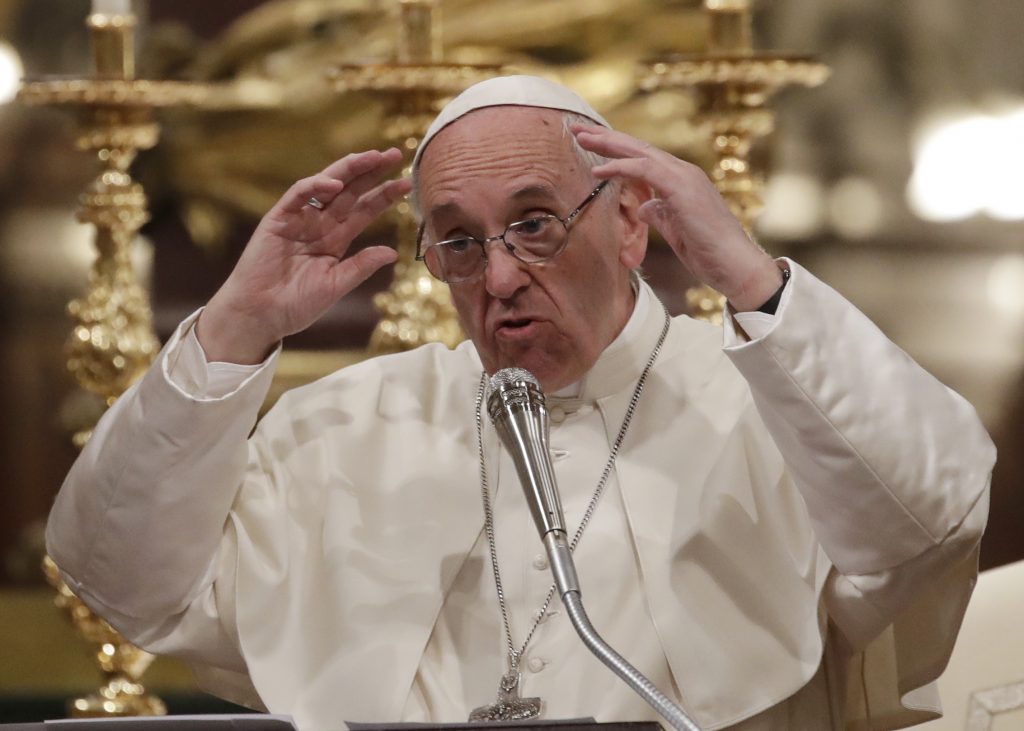 [dropcap]P[/dropcap]ope Francis on Wednesday denounced “shameful” attacks on Christians in Nigeria and the Central African Republic (CAR), calling for an end to “all hate and violence”.

“I have been profoundly saddened by the massacre last Sunday in Nigeria, inside a church, where innocent people were killed,” the pontiff said at the end of his weekly public audience at the Vatican.

“And sadly this morning we have news of violence in the Central African Republic against Christian communities.

“I hope all forms of hate and violence will cease and such shameful crimes in places of worship, where the faithful are gathered to pray, will not be repeated,” he added.

At least 11 worshippers were gunned down at a church in Ozobulu, Anambra state on Sunday, with authorities suggesting the bloodshed was due to a local feud between two sons of the community.

In the Central African Republic, reports of killings, some targeting aid workers have prompted the UN to warn of “early signs of a genocide” in the conflict-wracked nation.

At least 60 people have been killed in recent weeks in fighting between armed groups in Ngaoundaye and Batangafo in the north, Kaga-Bandoro in the centre and Alindao and Gambo to the south, witnesses have told AFP.

The fighting is largely between groups on opposing sides of the brutal conflict between Muslim and Christian militias that broke out in CAR in 2013 after President Francois Bozize was overthrown by a coalition of Muslim-majority rebel groups called the Seleka.

AnambraChurchFrancisPope
Share
Subscribe to our newsletter
Sign up here to get the latest news, updates and special offers delivered directly to your inbox.
You can unsubscribe at any time