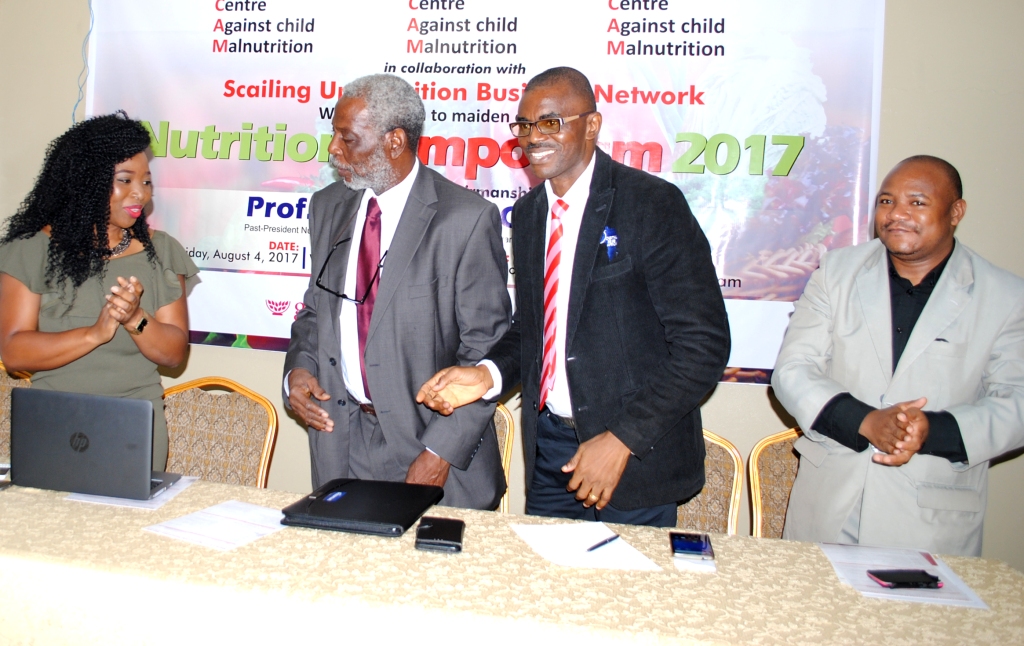 At least 13 per cent of Nigerian children risk growing up with mental deformity unless proper iodine is part of their nutrition, according to professor emeritus, Babatunde Oguntona, who calls on government to pay greater attention to public health.

“If we don’t keep iodine level properly, we’ll have 13% of Nigerian children mentally deformed,” Prof. Oguntona said at the weekend in Lagos at a one-day Nutrition Symposium on ‘Malnutrition, Child Development and the Media’ organised by the Media Centre Against Child Malnutrition (MeCAM).

“Imagine 13 percent of parliamentarians mentally deformed. Inadequate iodine in our food is a serious threat. You can’t talk of development when you ignore the issue of nutrition status of your people,” he added, rapping the Nigerian authorities for their poor response to the threats of malnutrition.

Oguntona, a former president of the Nutrition Society of Nigeria, said between 13 and 18 Nigerians children die of malnutrition and related diseases every hours and called on the media to step up advocacy on the issue.

Ivy Ibiso KingHarry, an official of the Scaling Up Nutrition Business Network | Global Alliance on Improved Nutrition (GAIN), said the media have a duty to promote messages on nutrition as influencers and change agents. She added however that such media efforts must flow from proper understanding of the science of nutrition and effective delivery of messages in language understood by common people.

She urged reporters to always fact-check and scrutinize official data on malnutrition, be consistent and build trust in their duty as gatekeepers.

About MeCAM:
Media Centre Against Child Malnutrition (MeCAM) Nigeria was founded Thursday, August 28, 2015, as a media advocacy group against child malnutrition and well-being, as well as to strengthen the agro-nutrition capacity and interest of its members professionally in contribution to nation-building, especially in Nigeria and across the continent of Africa among developing countries of the world.

MeCAM is committed to showcasing successful and development efforts in the area of agro-nutrition for the benefit of mankind and for Africa emancipation from extreme hunger especially in children, women and society, centred on Goal 2 of the Sustainable Development Goals (SDGs).