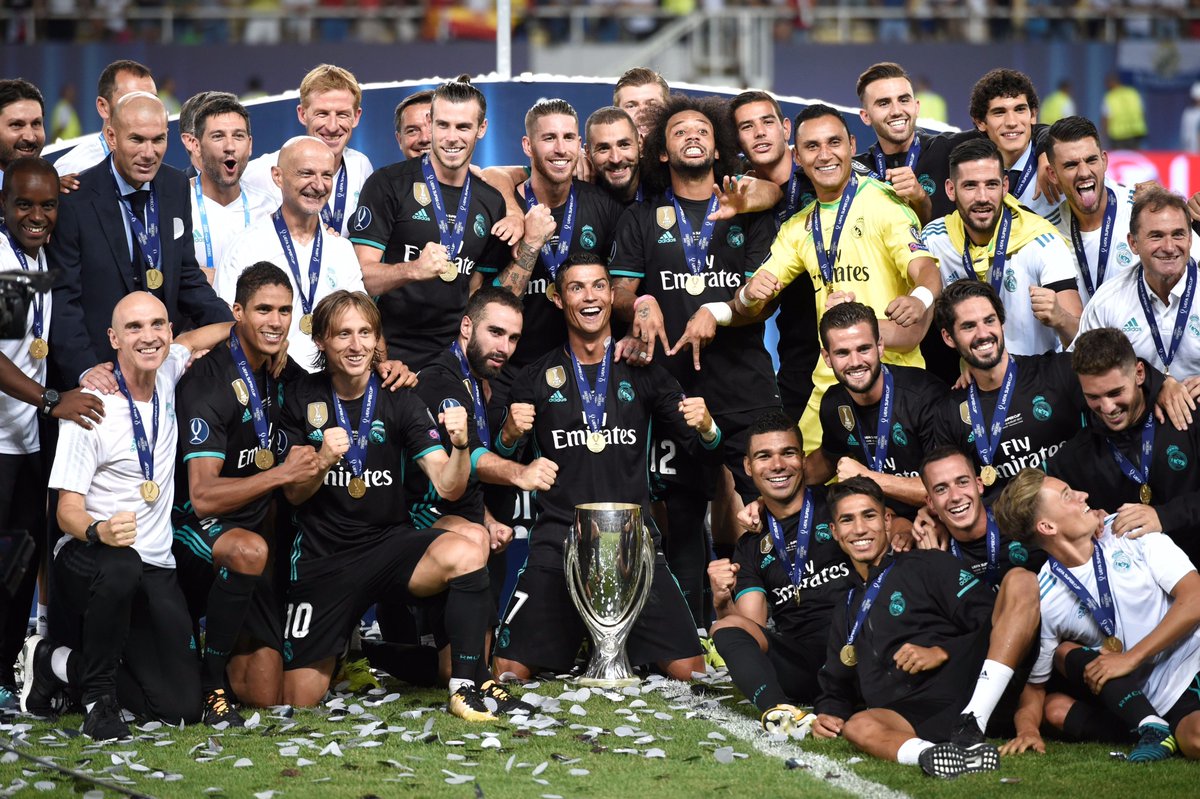 In a match pitting the UCL winners from last season against the reigning Europa League winners, the Spanish club was the stronger team all night long even with Cristiano Ronaldo on the bench for most of the game while he works his way back into shape after being away for much of the preseason due to his participation with Portugal in the Confederations Cup. Real Madrid hit the crossbar twice and was unfortunate not to win by more, but it was still a pretty convincing showing while United didn’t look sharp until very late in the game.

From the get-go, Real Madrid dominated the ball and put pressure on the United defense. And just 24 minutes in, the favorites struck first. Casemiro, though appearing to be offside, finished past David De Gea on a long ball over the top: