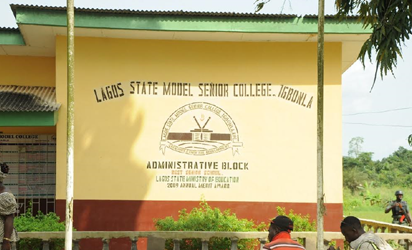 Families and advocates of  six students held by kidnappers in Lagos are encouraged by a new focus from the  Buhari administration to secure the safe return of their loved ones after experiencing several disappointments during the past weeks.

“All security apparatus of government are focussed to ensure those children are brought back safe. It has to be done with due care, said acting president Yemi Osinbajo on Sunday.

The six  students were abducted at gunpoint from Model College, Igbonla, Epe,Lagos on May 25.

“I have also been speaking with some neighbouring state governors who have also been helpful. So we look forward to the children’s safe return,” Laolu Akande quoted Osinbajo as saying on his twitter page. 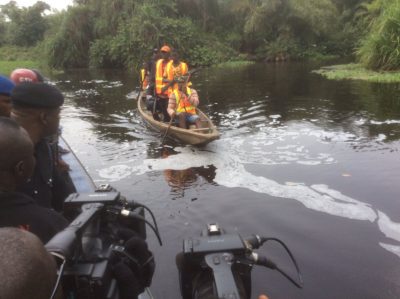 “We are afraid as it is, because we do not know what has befallen our children. These were children who were never reported sick, neither were they involved in an accident. They were only sent like their contemporaries elsewhere to school , only for this calamity to befall them. This is the longest students have been kept in kidnappers den , apart from the Chibok students,”  mother of one of the students stated recently.

A devastated father speaking to Vanguard last month said “ We could not go to church today because we expected that they would have returned. When it was 5am and nothing was heard, my wife became so apprehensive that her sister had to take her away. “I am particularly confused on what next to do. When will this wait end? When shall we see our children again? This has dragged for too long. What is the crime of the innocent students.?”

The students have been relocated to several camp outside Lagos and Ogun creeks, according to sources familiar with the investigation.

The kidnappers had given parents of the abducted students a  deadline last month for payment of N20 million as ransom for the release of each of the students, threatening to relocate them if their demand was not meant.On the expiration of the deadline, three members of the gang who had gone to survey the waterways prior to the planned relocation were arrested in Benin/Edo state capital by operatives of the Inspector-General of Police Intelligence Response Team.

According to eyewitness accounts, the attack took place at the school while they were still at the assembly ground as it’s their routine every morning.

Having accessed the school through a hole they dug in the fence, the gunmen had burst into the school by shooting sporadically into the air.

In the chaos that erupted, they successfully grabbed the six students and ran away on foot till they made it past the wall and boarded the speedboats they had come with.

AbductionCollegeEpeKidnappersLagosModelOsinbajoSTUDENTS
Share
Subscribe to our newsletter
Sign up here to get the latest news, updates and special offers delivered directly to your inbox.
You can unsubscribe at any time