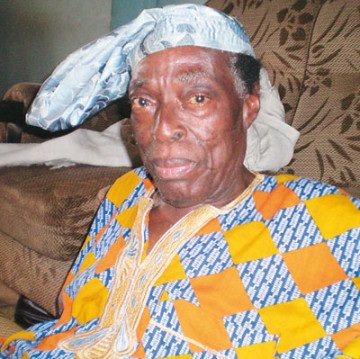 Author-journalist Adebayo Faleti, the  award winning chronicler of  various movies and books, died Sunday. He was 86.

According to his son, Faleti observed the early morning devotion with his family members when he woke up and soon after, told them that he prayed to God to send someone else to continue his mission as he was tired and longing for home.

After the morning devotion, I helped him to the bathroom as I normally do, when he said he wanted God to send someone else to come and complete his work because he had done all he could do. He also said that he wanted to go home. Suddenly, I noticed that he was not breathing again.

“We took him to the University College Hospital, Ibadan, where he was confirmed dead. We shall miss him greatly.”

Faleti has written, produced and acted in several popular Yoruba plays. he is also known for his poems. He was a teacher at Ife Odan, located near Ejibo Town He was also the General Manager of Broadcasting Corporation of Oyo State (BCOS), which is also known as Radio OYO, Ibadan. In 1959, he once worked at Western Nigerian Television (WNTV), now known as NTA Ibadan, as a film editor and a librarian.