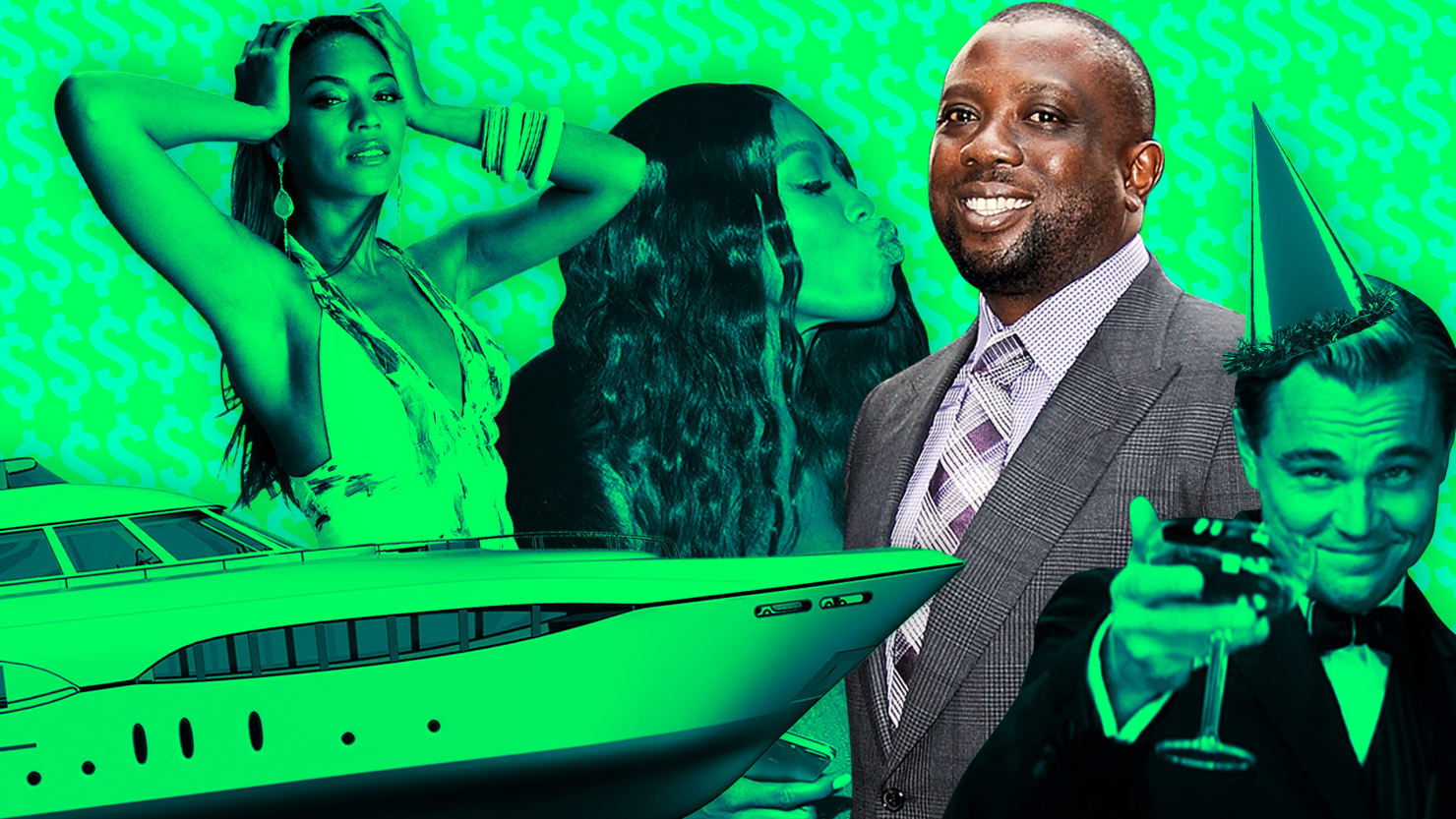 Kola Aluko is a big name in Nigeria’s oil industry, but in the United States, to the extent he’s known at all, it’s because of his connections in the entertainment business. The 47-year-old magnate once supposedly courted Naomi Campbell, celebrated a birthday with Leonardo DiCaprio, and rented a yacht to JAY-Z and Beyoncé for her birthday in 2013.
He may have loved the headlines then, but no longer.

Kolawole Akanni Aluko, who now appears to be in hiding, is targeted in two major lawsuits. One has been leveled at him by the U.S. government, which is aiming to auction his $80 million yacht and his $50.9 million One57 penthouse in New York City. The other is brought by the Nigerian government, which intends to recover $1.76 billion from him and his close associate Olajide Omokore. 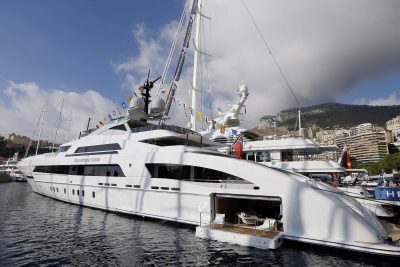 The suit lodged by the U.S. Justice Department’s Kleptocracy Asset Recovery Initiative claims the full-floor penthouse apartment on Manhattan’s Billionaire’s Row and the yacht which Aluko reportedly rented to JAY-Z and Beyoncé for $900,000 a week, were bought with proceeds from a crooked deal the two businessmen worked out with Nigeria’s then-petroleum minister, Diezani Alison-Madueke, for lucrative oil contracts.

Both lawsuits claim that Aluko and Omokore conspired with others to pay bribes to Alison-Madueke in return for contracts from a subsidiary of the Nigerian National Petroleum Corp to shell companies owned by both men.

Despite a lack of qualifications, the companies they set up allegedly received more than $1.5 billion through the sale of crude oil, and often performed no visible services at all in an oil swap arrangement that saw Nigeria use middlemen to sell crude in exchange for refined products. Throughout the period Alison-Madueke served as minister, over 352 million barrels of oil worth about $35 billion (PDF) is estimated to have been channeled into oil swap deals.

According to an affidavit sworn at Nigeria’s Federal High Court by Isaac Kehinde Oginni, a lawyer in the Ministry of Justice, Aluko embarked on a spending spree and acquiring assets in Britain, Canada, the United States, and Switzerland with proceeds from the fraud. 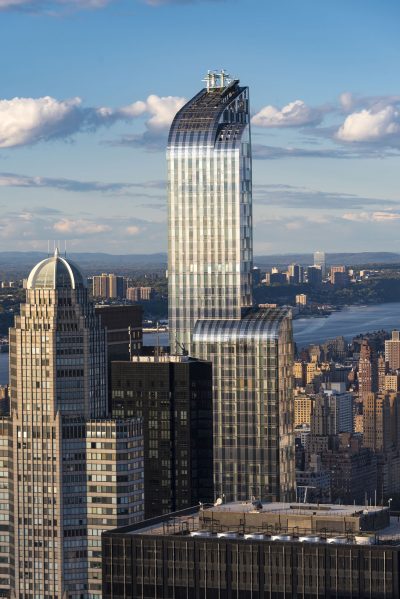 In the United Kingdom, court papers say Aluko bought a house in Grove End Road, London NW. In the United Arab Emirates (UAE), the Nigerian allegedly bought a house at 4100 Let Revenge, Dubai. He is equally accused of buying a property at Collina D’oro Montagnola in Switzerland, and a piece of land in Mont Tremblant, Canada. Back home, prosecutors say he bought the expensive Avenue Towers in Lagos.

Aluko, it appears, likes to travel in quite extraordinary style. In addition to the Dutch-built super-yacht Galactica Star, launched only weeks before he bought it, the Nigerian businessman allegedly spent stolen funds on 58 exotic cars, expensive watches, and private jets including a Bombardier Global Express S5-GMG and a Bombardier Global 6000 9H-OPE, according to the Nigerian affidavit.

But that billionaire bling is being stripped away from him now.

His mansion in the UAE is about to be seized by Nigeria, which signed a pact with the Gulf nation last year on for extradition and “mutual assistance on criminal and commercial matters,” meaning the recovery and repatriation of stolen wealth.

Aluko is also on the verge of losing his 6,240-square-foot condo on the 79th floor of 157 West 57th St.. The penthouse owed $61,000 to the city in back taxes as of July 1. To make things worse for him, the bank that loaned him $35.3 million to buy the pad is trying to force a sale in what could become the city’s biggest foreclosure ever.

According to court papers in the U.S., the Luxembourg-based Banque Havilland, which issued the mortgage on the penthouse, seeks to collect what it’s owed in addition to interest. But the planned July 19 auction reportedly was halted after a debt collecting firm, Campion Maverick Inc., filed a suit at a federal court in Florida seeking to force the owner of the apartment, Earnshaw Associates Ltd and One57 79 Inc., into bankruptcy. Campion Maverick said it wanted to recover $83.1 million in unpaid debt for gasoline and jet fuel from the owners.In 2012, Aluko had signed a debt-settlement agreement with the company. The debt was guaranteed in 2015 by Earnshaw Associates Ltd, a shell company said to have been set up by Aluko, and currently listed as the sole shareholder Apartment 79 at One57.

Things might not have gone so badly for Aluko had he listened to his benefactor.

U.S. court documents revealed that Oil Minister Alison-Madueke tried to warn him and Omokore against spending lavishly, particularly on the Galactica Star. “If you want to hire a yacht, you lease it for two weeks or whatever,” the then-minister told Aluko in a recorded conversation. “You don’t go and sink funds into it at this time when the Nigerian oil and gas sector is under all kinds of watch.”

A picture taken on September 25, 2013 shows ‘Galactica Star’a yacht moored at Port Hercules in Monaco during the 23th edition of the International Monaco Yacht Show. The Monaco Yacht Show is considered the most prestigious pleasure boat show in the world with the exhibition of 500 major companies in the luxury yachting and a hundred super and megayachts afloat.

But, as a promotional video for yacht-builder Heesen puts it, “Most people let their dreams be dreams, but others go all out to turn them into reality.” And Aluko was going all out.

Like world-famous wheelers, dealers, and playboys before him, including the late Adnan “The Pirate” Khashoggi and now-President Donald Trump, Aluko appears to have imagined a big boat would help him hang out with the big boys of international celebrity. The 213-foot luxury vessel registered in the Cayman Islands included a very high-end galley, a private helipad, an outdoor jacuzzi, and a number of bars and dining areas.

A Daily Mail dispatch from 2015 referred to Aluko’s yacht as “so exclusive” that “you need to be on first-name terms with its multi-millionaire owner to have the run of it.” The implication was that both JAY-Z and Beyoncé—who sailed on the luxury vessel through the Mediterranean—may have had a cordial relationship with the Nigerian. The yacht had hosted Beyoncé’s 32nd birthday in 2013, and at the time it was used for the event, it had not been registered as a vessel for hire. E-Online reported afterwards that JAY-Z and Beyoncé “likely pulled some insider strings to gain access” to the vessel.
That report was supported by one of the world’s largest luxury yacht charter resources.

“Galactica Star is not officially listed for charter by any of the leading Yacht Charter Brokerage houses in the world, or it would be listed on this site,” YachtCharterFleet, an independent luxury yacht charter guide for privately crewed yacht vacations, said then. “Either they know the owners of the yacht and have been allowed to use the yacht for the week, or it is a private yacht which is available for select charters on a very limited basis.”

Beyoncé’s 32nd birthday was just one of many events that surrounded Aluko in 2013. His friendship with super-model Campbell stronger (at least in the press) and they started to be seen in public together. He also developed a relationship with DiCaprio, at whose star-studded birthday bash he allegedly spent $1.5 million dollars on Champagne.
That was nearly four years ago. Now, Aluko is on the lam.

He has been declared a wanted fugitive by Nigerian authorities. The U.K. is also reportedly on the lookout for him. He hasn’t been seen in public for months, although there are reports he cruised in his Galactica Star to the Bahamas for Ja Rule’s disastrous Fyre Festival in April. The yacht has now been listed as “out of range,” by MarineTraffic, a community-based project, which provides real-time information on the movements of ships and the current location of ships in harbors and ports. The vessel was last tracked in the Caribbean on May 3.

So perhaps Aluko can live his dream a little longer, until the dozen or so members of the crew demand to be paid, or he runs out of gas money.

AlukoGalacticaKolaOn357
Share
Subscribe to our newsletter
Sign up here to get the latest news, updates and special offers delivered directly to your inbox.
You can unsubscribe at any time