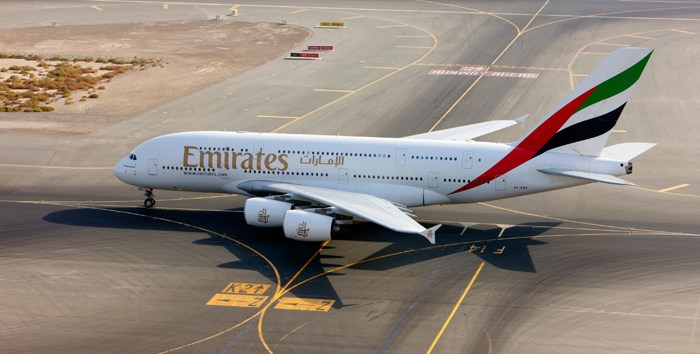 A pilot has been praised for helping avert a mid-air collision between two passenger jets that could have led to the death of hundreds of people.

Emirates’ Airbus A380-800 (flight EK-703) was making its descent when an Air Seychelles Airbus A330-200, which was on its way to Mahe Island, was also preparing to climb.

The Mauritius Air Traffic Control had already cleared the Air Seychelles flight for take-off and advised to climb to 37,000 feet around the same time EK-703 was cleared to descend at 38,000 feet.

According to Aviation Herald, the world’s largest passenger plane instead descended lower to 36,000 feet, heading towards the path of the Air Seychelles flight.

The two crews were able to see each other before the pilot of Flight HM54 turned a sharp right to avoid a collision. The two aircraft eventually passed each other at the same altitude but around 14 kilometres apart, according to the Aviation Herald.

Air Seychelles has commended its two pilots for averting a major disaster.

“We commend our Captain Roberto Vallicelli and Seychellois First Officer Ronny Morel who were operating the HM054 flight from Mauritius to Seychelles on the evening of Friday 14 July 2017,” the carrier said in a statement.

Meanwhile, the UAE airline’s spokesperson told Gulf News in a statement: “Emirates has received reports of an event on 14th July 2017 in relation to aircraft separation involving flight EK-703 in Mauritius airspace.”

“The matter has been reported to the respective air transport authorities and Emirates will extend its full cooperation to any investigation. The safety of our passengers and crew is of utmost importance.”

Last week details of another near-miss emerged after the Federal Aviation Administration launched an investigation after an Air Canada plane lined up to land on a busy taxiway rather than the adjacent, and free, runway.

The plane arriving at San Francisco was set to land on four other aircraft before Air Traffic Control intervened and told the pilot to pull up. One expert commenter said the “greatest aviation disaster in history” had been avoided.

AirairportCollisionEmiratesSeychelles
Share
Subscribe to our newsletter
Sign up here to get the latest news, updates and special offers delivered directly to your inbox.
You can unsubscribe at any time