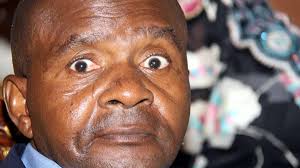 Danbaba Danfulani Suntai (born 30 June 1961) is a pharmacist who was elected as Executive Governor of Taraba State, Nigeria running for the People’s Democratic Party (PDP) in April 2007, and was sworn in on 29 May 2007. He ran successfully for reelection on 26 April 2011.

Recall that the former governor was involved in a plane crash while in office. He is reported to have brain injuries arising from the plane accident

The former governor, who flew the light plane, crashed in October 2012 and had not recovered fully since then.

Prior to his plane crash in 2012, Suntai had been flown to Germany for medication after returning from his annual leave in August 2009, following a sudden ailment that was suspected to have developed from food poisoning.

On his return from Germany, Suntai spoke at the opening of a three-day regional convention of the Full Gospel Businessmen’s Fellowship International in Jalingo, where said his meal was actually poisoned.

He had had several successful flights with his private aircraft even while piloting the affairs of Taraba State as governor.

But his current travails started precisely on October 25, 2012, when a private plane he piloted crashed in Yola, the Adamawa State capital.

After receiving the initial treatment at the Adamawa Standard German Hospital in Yola he was later transferred to the National Hospital Abuja on October 26, 2012. From there he was flown to Germany and was later taken to a rehabilitation centre in the United States for further medication.

After 10 months of medical sojourn overseas, Danbaba Danfulani Suntai finally returned to the country on August 23, 2013. He has been in and out of hospitals since then.

danzabasuntaitaraba
Share
Subscribe to our newsletter
Sign up here to get the latest news, updates and special offers delivered directly to your inbox.
You can unsubscribe at any time