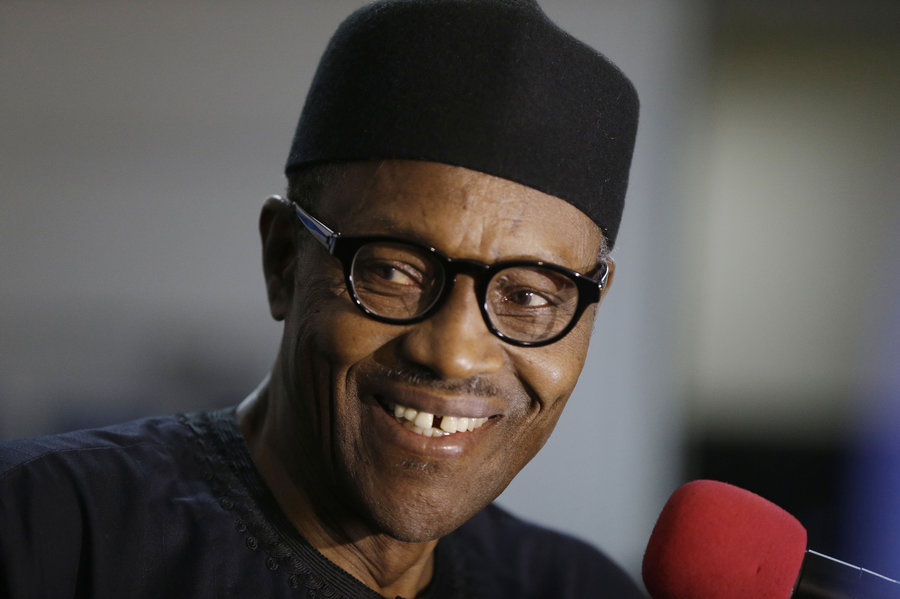 “Baba Bubu, the President of all Nigeria.”

“In the spirit of this season, may Almighty Allah (SAW) grant him good health and quick recovery. It is part of our duty to pray for our leaders. Only infidels pray for evil.”

“My friend, the fasting season has ended. Stop fasting after Ramadan. I am saying something serious. Was it right for the President of Nigeria to address the Nigerian people in Hausa? ”

“Hausa? Me no hear am oh. Have they changed the country’s official language?”

“In the spirit of this season, my brother, we must thank God for everything”

“Do you know if there is a medical reason? Suppose Baba’s diagnosis is that he can only speak Hausa from now on, what if something has happened to his English language? Impairment of the ability to speak English.”

“Are you okay? Some yeye people said Baba was suffering from speech impairment and that he would no longer be able to speak. They didn’t say anything affected his ability to speak English.”

“No. Well, I don’t think so. Hausa is actually an official language of Nigeria.”

“I don’t believe that”

“That’s what I heard”

“He didn’t know his boss was going to speak Hausa?”

“But no problem. Section 55 of the Nigerian Constitution actually says when the business of Nigeria cannot be conducted in English, you can speak three other languages: Hausa, Yoruba and Igbo.”

“The Constitution of Nigeria says that? I don’t believe that.”

“Yes, you don’t ever believe anything.”

“Does it also say that when a President is on medical vacation abroad, he can choose to address Nigerians in his mother tongue?”

“The thing is you never know. Some illnesses manifest in certain ways. There is a way you will feel sick, and the best way out is to speak in vernacular. We as Nigerians should show some understanding. Some people will fall sick now and they will do strange and unique things. That is the way I see it.”

“I hope the day will never come when a Nigerian President will speak Igbo on my television set. I swear, I will carry that TV set and smash it on the ground.”

“You see your problem? Are you saying Igbo is not a constitutionally recognized Nigerian language? You are an Igbo-hater, you this guy. One of those people Nnamdi Kanu refers to as idiots. So, if tomorrow a Nigerian leader decides to speak Fulfulde, what will you do? You will hang yourself? ”

“You have not said anything. If language is your problem, then ask your ngbati brother in the Villa, to also start speaking Yoruba at Federal Executive meetings and other state functions. If he likes, let him speak Ijebu-Remo dialect. It is, I keep telling you, constitutional.”

“What are we running then? Some kind of linguistic zoo where anyone that gets to Aso Rock can speak in tongues?”

“Not in tongues. Three languages. Hausa, Yoruba and Hausa. And for your information, someone that I know once said that there is a spiritual side to that seat of power. You can’t ever predict how the spirit moves people in that place. We should just thank God for everything. We are talking about change. When you vote for change, you don’t know how God will change things. Our God works in mysterious ways. He speaks all languages, and he can do his miracles in any language he chooses.”

“There is actually a transcript of the Presidential message. It is nothing harmful in any way.”

“After almost 50 days of absence?”

“Medical vacation. Try and be humane, this man.”

“Hausa language? At a time Hausa youths are telling Igbos to get lost and get out of Nigeria.”

“Don’t worry. We should just keep praying to God.”

“This is not about God. This is about us. Why will my President speak to me in a language that I don’t understand?”

“Everything is about God. Go and sit down and stop forming. Is English your language? Do you understand English? You are better off learning Hausa, if I may say so. See as you are losing sweat over the President speaking a constitutionally recognized Nigerian language”

“What of my own language, my own mother tongue? Is it also in the Nigerian constitution? This is about my identity, my Nigerian-ness, my sense of belonging. You don’t get it.”

“I get it. I say stop forming. If your language is not there, then your local government must be there. That is what you need, afterall, it is not everybody in your clan that speaks English”

“We don’t speak Hausa either, and I am sure that I have the right to ask that I should be addressed in a language that I understand as a bona-fide Nigerian citizen.”

“It’s okay. This is not a big deal. I’ll get you a transcript of what the President said.”

“In my local Ejagham language, with a broadcast in my people’s voice.”

“This man, what is your problem? It is people like you who want to break up Nigeria. How many of you are in that your Ejagham village sef, that you are making wahala like this?”

“Why must the President speak sef? The acting President has been speaking English to various groups in Nigeria. I was in fact hoping that he will get round to some of us and invite us to Aso Villa, and now from nowhere, the President releases a message that makes nonsense of the Acting President’s efforts at promoting unity in the country.”

“The Acting President is what Yoruba people call Adele, get it right, he cannot be the Baale, the village head, when the village head is alive. Adele is Adele. Baale is Baale.”

“I will ask Senator Musiliu Obanikoro then to sue you for using that phrase koro koro. This one that everybody is likely to start speaking in mother tongue, you better watch what you say. Stick to your own mother tongue.”

“Isn’t that what some people want in any case? They want to turn our country into a Tower of Babel. Let everybody speak his or her mother tongue.”

“Your interpretation. Whatever language the President speaks, should not be a problem.”

“Fine. Donald Trump should also start speaking German then since his ancestors are from Germany, and the Windsors in England should start speaking French.”

“It is not the same thing. We are dealing with a peculiar situation here. What if the President is going through a special kind of therapy? New things are being discovered in the field of medicine everyday. This may be one of those cutting edge things. In the spirit of the season, you and other Nigerians should just chill.”

“You are just talking. I think at some point, we just have to restructure this country and get certain things right. There is something called protocol in governance.”

“I am not against restructuring, but restructuring for me is not about secession, break up or hate speech. Restructuring means making this country work for all of us, a country of great potentials where the aggregate of our country, resources, people, talents and diversity can put us on the world map. We are a blessed country. We just have to get things right, yes.”

“We do well as individuals, take Evans, the kidnapper, but not as a country because we are not yet a nation.”

“You can’t say some people are doing well like Evans. We can’t define our country with negativity. Evans is a kidnapper who made millions of dollars from making other people unhappy. We are a country in search of good role models and standards. By the way, Evans’ father says he needs to be taken to a spiritual home for deliverance, but I think he should have his day in court.”

“My friend, stop that drama. Don’t be a drama king. Be a positive citizen. Your mates are winning international prizes and doing well on the international stage, promoting Nigeria and Africa, you are here whining about village issues, my friend, you got to wake up. This is what we mean when we say change begins with you.”

“Which of my mates has won international prize?”

“It is called the World Food Prize. It is the biggest thing in Agriculture.”

“Adesina. He did it as Minister of Agriculture. He has done it again globally. Up school!”

“You see yourself? You just must reduce everything to the level of the village and yet you complain about someone else speaking a local language.”

“Adesina is a product of the University of Ife, Obafemi Awolowo University.”

“Sorry, the World Food Prize is not about the university that you and Adesina attended, it is something bigger, it is about his accomplishments in promoting food security and by extension global security, his life-long distinction in the field of agriculture.”

“What I am saying is that this is Great Ife’s achievement.”

“Correct point, there. When I am hungry, I cannot guarantee that I will be a good person.”

“I hope you have eaten today.”

“It has been a very dry Sallah, my brother. I visited a friend of mine who usually slaughters a cow at a season like this. The man, this year had only fish, chicken and turkey. For a moment, I thought it was Christmas.”

“May be you are mixing up things. Muslims don’t usually slaughter rams after Ramadan. They do so during the main Sallah, the eid-el-kabir.”

“My own Muslim friends slaughter rams and cows all the time, but I see that this year, things are different, very very different. Recession palaver, I think.”

“You too should learn to give your friends rams and cows, instead of going from house to house to eat free meat, so stop complaining my friend.”

“Am I a Muslim? When it is Christmas, you can come to my house to eat turkey and chicken”

“We are all children of God, indivisible under the umbrella of God, that is all that matters.”

“I hope some people know that in the spirit of the season. I wish they knew.”