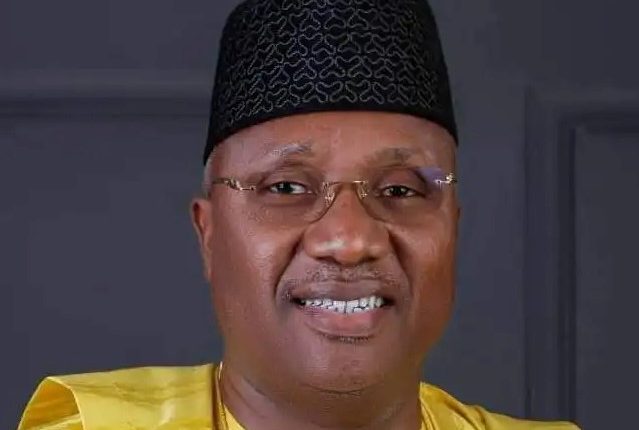 A wave of resignation has continued to hit the All Progressives Congress (APC) ahead of the February 25 and March 11 polls with the latest being a former Adamawa State Governor, Sen. Jibrilla Bindow.

Bindow, the immediate past governor, on Wednesday announced his resignation and defection from the ruling APC, in a letter to his ward Chairman.

The development has put paid to speculations about his imminent exit from APC.

Persecondnews recalls that Bindow had lost the governorship primary of the party to Sen. Aishatu Ahmed Binani in June 2022.

Bindow who was Senator for Adamawa North District from 2011 to 2015 initially in Peoples Democratic Party (PDP) before defecting to APC towards the 2015 election, and Governor from 2015 to 2019 under the APC, formally declared his exit from the APC via a letter on Tuesday addressed to the APC chairman in his Kolere Ward in Mubi North council area.

He cited the “unresolved crisis” within the party in the state as the reason for his defection.

AdamawaAPC
Share
Subscribe to our newsletter
Sign up here to get the latest news, updates and special offers delivered directly to your inbox.
You can unsubscribe at any time