"The suffering is too much. Government should please help us."

Petrol scarcity in the Federal Capital Territory continued unabated on Tuesday with motorists, two-wheeler and three-wheeler operators spending several hours in the queues to get the commodity.

Persecondnews reports that the scarcity is getting worse by the day as virtually all the filling stations which had petrol to dispense had kilometer-long queues.

Commercial drivers and private motorists spend between seven to 10  hours to get petrol while those who want to bypass the long queues pay gate fees or tolls. 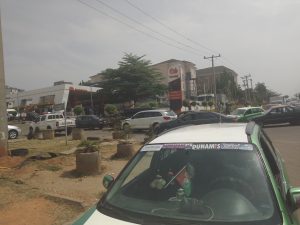 At Emadeb energy filling station, Kado, an unprecedented long queues were seen with the restive drivers and motorcyclists lamenting the hardship associated with getting petrol.

Mr. Abas Rahimi, a taxi driver said: “l have been here since 8.30am in the queue to get petrol. I have not even entered the filling station to get close to the pumps.

“The suffering is too much. Government should please help us.”

For Wasiu, a taxi driver, the current fuel scarcity is affecting his business badly as he could not run his intra-city shuttles to pick passengers to earn a living.

“My business is suffering; l now do one day on, one day off,” he told Persecondnews at a filling station on airport road.

The experience of a private car owner is a little different as he bribed his way into the filling station.

“I begged for them to accept N1,000 from me and was allowed in by one of the attendants while some people paid as much as N2000 as gate fee.

“And in less than one hour, I got in and bought petrol,” said a motorist who did not want to be identified.

Effort to speak with the manager of  NIPCO filling station was unsuccessful as he declined comment.

Meanwhile, black marketers in Abuja are now having a field day as they sold 10 litres for between N4000 and N5000, a situation motorists have had to put up with for weeks. 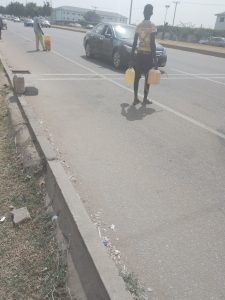 Workers and commuters in the metropolis pay exhorbitant fares as the fares continue to rise.

FCT-AbujaFuel Scarcity
Share
Subscribe to our newsletter
Sign up here to get the latest news, updates and special offers delivered directly to your inbox.
You can unsubscribe at any time