In addition, the court ordered that the sureties must swear to affidavit of means, who must be residents within the jurisdiction of the court as well as show proof whether they are tenants or landlords. 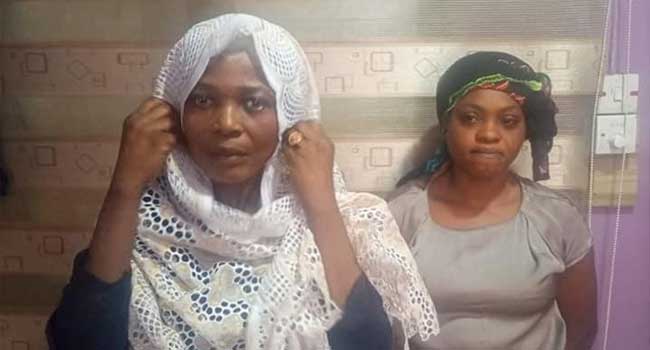 After 12 days in custody for allegedly hurting a policewoman grievously, a lawyer and wife of the late Chief MKO Abiola, Prof. Zainab Abiola and her domestic staff, Rebecca Enechido, were on Wednesday granted bail.

A Wuse Zone 6 Chief Magistrates’ Court in Abuja which granted the defendants bails, directed them to provide two reasonable sureties with verifiable addresses.

In addition, the court ordered that the sureties must swear to affidavit of means, who must be residents within the jurisdiction of the court as well as show proof whether they are tenants or landlords.

Persecondnews had reported that the first defendant (Abiola) and her domestic help, Enechido, were arrested on Sept.20, 2022 for allegedly causing grievous hurt to the complainant, Moses, who was attached to her as her police orderly.

The defendants are facing charges of criminal conspiracy, attempt to commit culpable homicide, causing grievous hurt without provocation, criminal intimidation and intentional insult with intent to cause breach of peace.

The offences, according to police prosecution, violated Section 277 of the Criminal Procedure Code and Section 229 of the Penal Code, laws of Northern part of the country.

After listened to the arguments of both counsel on the bail application, Chief Magistrate Elizabeth Wonu, granted them bails on certain terms and conditions.

She ruled that the court had jurisdiction to entertain the charge of attempt to commit culpable homicide can also grant bail.

Wonu said the court granted them bails because they had been in detention for 12 days.

The defendants were ordered by the court to report to the Police FCT command on Mondays until Nov.1 for arraignment in competent court.

The court concluded that if the prosecution failed to arraign the defendants within the time stated, the order of court will abate.

Earlier, Prosecutor Stanley Nwafoaku, a police superintendent, told the court that the prosecution witness, Ms Teju Moses was unavailable as she was undergoing treatment and also the Investigating Police Officer ( IPO).

Nwafoaku then asked for an adjournment as a result of their absence in court.

The defence counsel, Mr Monday Adah, however, objected to an adjournment and urged the court to proceed with the case.

Adah argued that there was no order before the court to detain the defendants for further investigation.

“An additional day will touch on the fundamental rights of the defendants, I urge the court to take our motion as it is ripe for hearing.

“The bureaucratic bottle neck in the prosecution’s administration should not be visited on the defendants.

“Hence in the interest of justice, the motion should be taken and not adjourned until another date”, Adah argued

The court ruled that the issue was not about non-service and therefore stated that the negligence of prosecution resulting in the prosecutor not been in possession of the motion should not be an issue.

The court therefore directed Adah to proceed with his application.

He added that the motion seeking for two reliefs was supported by a six-page affidavit deposed to by one Moses John in the law firm of the defence counsel.

The counsel further submitted that in addition to the affidavit was an affidavit of urgency of same 6 paragraphs accompanied by a written address which he urged the court to adopt as his oral argument in the case.

He urged the court to grant the defendants bail in the most liberal terms and conditions.

“We pray that the first defendant who is in active practice as a legal professional is a chief legal consultant for the police and a professor who is contributing daily to the education sector, she should be granted bail on self-recognition.

“The first defendant also owns a house in Abuja within the jurisdiction of the court.

“The ill-health of the first defendant is also reason for the affidavit of urgency”, he submitted.

PoliceProf. Zainab Duke-Abiola
Share
Subscribe to our newsletter
Sign up here to get the latest news, updates and special offers delivered directly to your inbox.
You can unsubscribe at any time