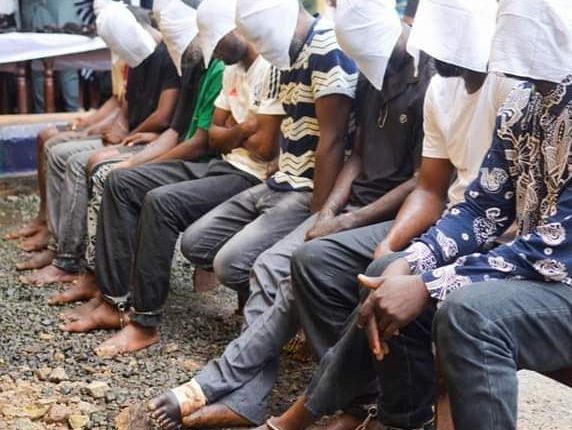 A dismissed officer from Department of State Services (DSS), Prosper Israel, has been busted for allegedly attacking and robbing a bank’s bullion van in Abia State with nine others.

The daredevil robbers killed the cash officer of the bank, who accompanied the van, on the spot.

Israel along with his younger brother and eight others have been paraded by the Police at its headquarters in Umuahia, the state capital.

Among items recovered from the suspects is N10.18 million, Police Commissioner Janet Agbede, said on Tuesday. Also, a Mercedes Benz mini truck they used in concealing their firearms was retrieved from them.

Persecondnews gathered that the DSS officer was dismissed in 2007 after servicing at Abia Government House, Umuahia.

The ex-DSS officer, his younger brother, Chinwendu Israel, along with the other eight had on the July 26, 2022 attacked a bullion van being escorted by the Police on the Enugu-Port Harcourt Expressway, near Ntigha Juntion in the Isiala Ngwa North area of the state. 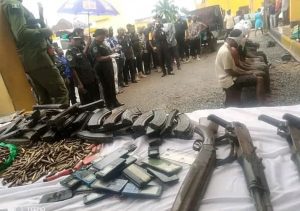 The police boss said the arrest of the suspects followed “a careful study of their modus operandi” after which the command set up a special Intelligence technologically-led investigative squad with a clear directive to arrest and recover weapons used by the deadly armed robbery gang.

Abiabullion vanRobbers
Share
Subscribe to our newsletter
Sign up here to get the latest news, updates and special offers delivered directly to your inbox.
You can unsubscribe at any time