Impeachment threat: Buhari to senators: We are working round the clock to bring security situation under control

…commends senators for their ``patriotism and concerns’’ 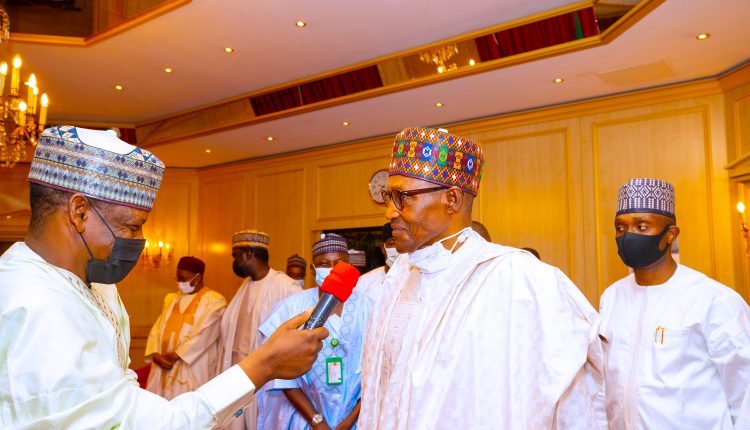 ln an apparent reaction to the threat to impeach President Muhammadu Buhari by some senators over the parlous and deteriorating security situation in the country, the Federal Government on Wednesday assuaged the fears of the lawmakers, saying it is “working round the clock’’ to bring the situation under control.

“But we thank them (senators) for their patriotism and their concern, but we are working round the clock, 24 hours, to ensure that the situation is brought under control,’’ Information and Culture Minister Lai Mohammed said.

Some senators from the ruling All Progressives Congress (APC), and other political parties including the People’s Democratic Party (PDP) and the All Progressives Grand Alliance (APGA) had on the floor of the House lampooned Buhari over its administration’s incapacity and failure to deal with the security threats and onslaughts by terrorists and other bandits across the country and the Federal Capital Territory.

They also threatened to impeach Buhari which the Senate President Ahmad Lawan stepped down and in protest the senators staged a walk-out.

The senators also gave Buhari a six-week deadline to address the security challenges.

Persecondnews had reported that the terrorists threatened to “attack’’ Buhari and Kaduna Gov. Nasir el-Rufai and launched several onslaught in the FCT after the President’s advanced convoy to Daura, his countryhome was attacked in June with two policemen killed.

On Sunday, June 26, 2022, the management of the Nigeria Law School, had alerted that terrorists had dropped a letter indicating an imminent attack on the school.

Some soldiers attached to the Presidential Guards Brigade of the Nigerian Army visited the Law School on Sunday following the distress call but while returning they were ambushed by suspected terrorists.

Two officers — Capt. Samuel and Lt. Jauro and other soldiers — were killed in the attack

But Mohammed told State House correspondents after Wednesday’s virtual Federal Executive Council (FEC) meeting, “commended the senators for their patriotism and concerns’’and said steps “are being taken to address the concerns’’.

“Resolution passed by Senators, as rightly said, it was passed when we were deliberating,’’ he said, describing the threat by terrorists to kidnap Buhari as laughable and mere propaganda.

FECPres. Buhari
Share
Subscribe to our newsletter
Sign up here to get the latest news, updates and special offers delivered directly to your inbox.
You can unsubscribe at any time