The World Bank has disclosed that epileptic power supply costs businesses in Nigeria about $29 billion yearly. 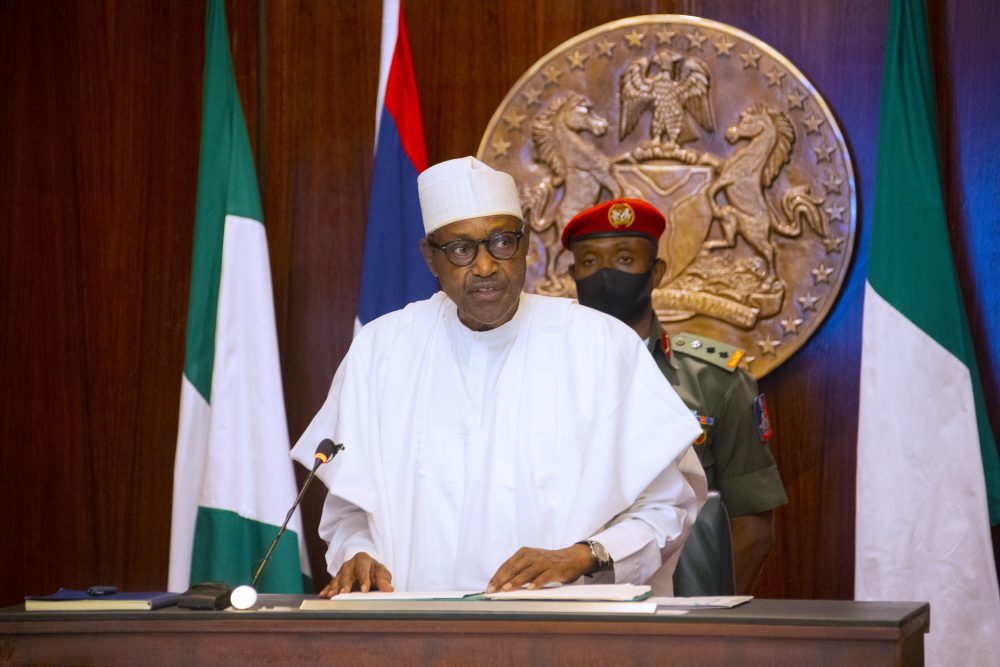 For his alleged failure to probe the utilization of the N11 trillion for power in the country since 1999, President Muhammadu Buhari has been brought before a Lagos court.

Buhari is required to launch an investigation into how N11 trillion meant to provide regular electricity supply since 1999 may have been stolen, mismanaged or diverted into private pockets.

The Socio-Economic Rights and Accountability Project (SERAP) which filed the lawsuit, is seeking an order of mandamus to direct and compel President Buhari to investigate the power sectorgate.

Nigerians are not enjoying uninterrupted power supply since the return of the country to democracy in 1999 in spite of the humongous investment of trillions of Naira and foreign interventions in the power sector.

Persecondnews recalls that the national grid had collapsed about six times in 2022 and 130 times in the last seven years.

The World Bank has disclosed that epileptic power supply costs businesses in Nigeria about $29 billion yearly.

No date has been fixed for the hearing of the suit no. FHC/L/CS/1119/2022 filed last week at the Federal High Court, Lagos

Joined in the suit as Respondent is Mr. Abubakar Malami, SAN, Attorney General of the Federation, and Minister of Justice.

SERAP is also seeking “an order of mandamus to compel President Buhari to ensure the prosecution of anyone suspected to be responsible for the missing electricity fund, as appropriate, and to ensure the tracing and full recovery of any missing public funds.”

It averred:“It is in the public interest to ensure justice and accountability for alleged corruption and mismanagement in the electricity sector, which has resulted in the failure of governments to solve Nigeria’s perennial power problem.

“The staggering amounts of public funds alleged to have been stolen over the years in the sector have had catastrophic effects on the lives of millions of Nigerians, akin to crimes against humanity against the Nigerian people.

“The failure to trace, find and recover the missing electricity fund is antithetical to the public interest, the requirements of the Nigerian Constitution 1999 [as amended], and the country’s international obligations.

“Nigerians have for far too long been denied justice and the opportunity to get to the bottom of why they continue to pay the price for corruption in the electricity sector–staying in darkness, but still made to pay crazy electricity bills.

“Investigating the allegations of missing N11 trillion electricity funds, prosecuting suspected perpetrators and recovering any missing public funds would end a culture of impunity. It would also address the persistent collapse of the electricity grid, and improve access to and affordability of electricity in the country.

“Corruption in the electricity sector and the lack of transparency and accountability in the use of public funds to support the operations of DISCOS have resulted in regular blackouts, electricity grid collapse, and unlawful hike in electricity tariffs.”

SERAP is also seeking “an order of mandamus to direct and compel President Buhari to refer to the International Criminal Court all unimplemented reports of corruption in the electricity sector gathering dust on the shelves, and to arrest and surrender those named in the reports to the court for prosecution.”

The suit filed on behalf of SERAP by its lawyers Kolawole Oluwadare and Ms Adelanke Aremo, read in part: “Nigeria has made legally binding commitments under the UN Convention against Corruption to ensure accountability in the management of public resources. These commitments ought to be fully upheld and respected.

“Corruption in the electricity sector has also continued to disproportionately affect the most disadvantaged and vulnerable sectors of the population who cannot readily afford expensive generators in order to have a reliable power supply.

“The African Commission on Human and Peoples’ Rights has adjudged the failure of the States to provide basic services such as electricity as violating the right to health.

“Citizens are frustrated at persistent allegations of corruption in the sector, and the impacts on their human rights. Prosecuting perpetrators would address the grave travesty that has for many years occurred in the power sector.

“Impunity for corruption in the electricity sector has for many years forced ordinary Nigerians to stay in darkness, but still made to pay crazy electricity bills.

“Successive governments have failed to increase power generation and provide Nigerians with regular and uninterrupted electricity supply, with many electricity contracts shrouded in secrecy, and trillions of Naira going down the drain.

“Impunity for corruption in the electricity sector will continue as long as high-ranking public officials go largely unpunished for their alleged crimes.”

SERAP reminded the Buhari administration that it has legal obligations under Section 15(5) of the Nigerian Constitution to abolish all corrupt practices and abuse of power, and article 26 of the UN Convention against Corruption to ensure effective prosecution of allegations of corruption.

“Alleged corruption and mismanagement in the electricity sector and the repeated collapse of the electricity grid have continued to deprive Nigerians of economic opportunities, subjecting them to cruel and degrading treatment.

“Under Section 16(1) of the Constitution, the government has a responsibility to ‘secure the maximum welfare, freedom and happiness of every citizen on the basis of social justice and equality of status and opportunity'”

“Section 16(2) further provides that, ‘the material resources of the nation are harnessed and distributed as best as possible to serve the common good.

“The failure by successive governments to tell Nigerians the truth about allegations of corruption in the power sector amounts to a failure to ensure that electricity services are progressively made available, on the basis of equality and non-discrimination.

“The details of the missing N11 trillion electricity funds are contained in a SERAP report titled: From Darkness to Darkness: How Nigerians are paying the Price for Corruption in the Electricity Sector.

“According to the report, the total estimated financial loss to Nigeria from corruption in the electricity sector starting from the return to democracy in 1999 to date is over N11 trillion,” it added.

“This represents public funds, private equity and social investment (or divestments) in the power sector.

“It is estimated that the loss may reach over N20 trillion in the next decade given the rate of Government investment and funding in the power sector amidst dwindling fortune and recurrent revenue shortfalls.”

electricityPres. BuhariSERAP
Share
Subscribe to our newsletter
Sign up here to get the latest news, updates and special offers delivered directly to your inbox.
You can unsubscribe at any time