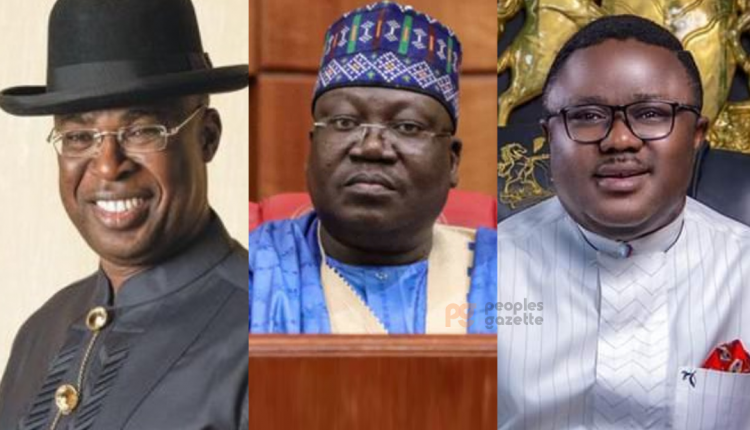 Ahead of May 17 deadline for the picking of nomination and expression of interest forms, more aspirants on the platform of APC have picked the forms for the presidential primary.

The International Conference Centre, Abuja,is now a beehive of activities as aspirants some in company of their supporters besieged the facility to collect their forms.

Leader of the group which visited the centre to procure forms for Lawan, Mr Sam Nkire, told newsmen: “We are not here on our own, we have his backing. Even though friends and brothers contributed to purchase this form for him but he has given us the go-ahead.

“Nigeria needs a ‘Nigerian president’ and not one given to ethnic tendencies.”

Similarly, some groups were also at the centre to obtain forms for Ayade and Sylva.

APCBen AyadeChief Timipre SylvaPresidential AspirantsPresidential FormSenate President Ahmad Lawan
Share
Subscribe to our newsletter
Sign up here to get the latest news, updates and special offers delivered directly to your inbox.
You can unsubscribe at any time

Show cause why Emefiele should not contest election, judge tells INEC, Justice Minister