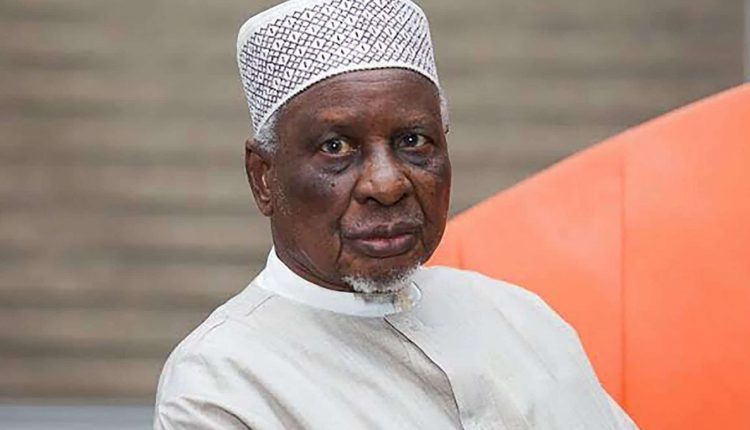 The Group Managing Director of the Nigerian National Petroleum Company Ltd (NNPC Ltd), Malam Mele Kyari, has received laudation from an elder statesman for the prompt intervention of the company’s management in arresting the spread of contaminated petrol which triggered the recent shortage of the commodity nationwide.

The elder statesman, Alhaji Tanko Yakasai, said the NNPC helmsman, Kyari, deserved commendation and not criticism for the deft manner with which he tackled petrol queues that affected some parts of the country recently.

“Nigerians should adopt the attitude of appreciating public office holders whenever desirable.

“The speed at which the NNPC management moved to arrest the spread of contaminated petrol which triggered the shortage, is worthy of commendation.

Read Also: Lagos-Ibadan train runs out of diesel, stops abruptly in the bush

“We should not criticize all the time, especially in times of national emergency like what the country has gone through,’’ he said in Abuja in an interview with newsmen.

According to Yakasai, the kernel of his message is to encourage public officers who show courage when it is needed as well as to draw the attention of Nigerians to imbibe the culture of supporting their best leaders whenever possible and criticize only when it is necessary.

The Kano-born politician said:“That is how great nations are built. As a country we must learn to appreciate our public officers whenever desirable,” expressing satisfaction with the transformation the National Oil Company is going through under the leadership of Kyari.

“The NNPC which had been operating at a loss since it was established more than forty years ago started making profit under Mr Kyari.’’

On the gas pipeline project, Yakasai  said he was excited about the progress on the Ajaokuta-Kaduna-Kano gas pipeline that is expected bolster the nation’s economy and ensure energy security..

Alhaji Tanko YakasaiMalam Mele Kyari.NNPCPMS
Share
Subscribe to our newsletter
Sign up here to get the latest news, updates and special offers delivered directly to your inbox.
You can unsubscribe at any time

Airlines in Nigeria to shut down operations over aviation fuel scarcity