…frowns at those who want to make political gains out of a PURELY OPERATIONAL ISSUE, urges those behind the attempt to put a spanner in the smooth administrative structure of President Muhammadu Buhari at the NNPC to desist forthwith 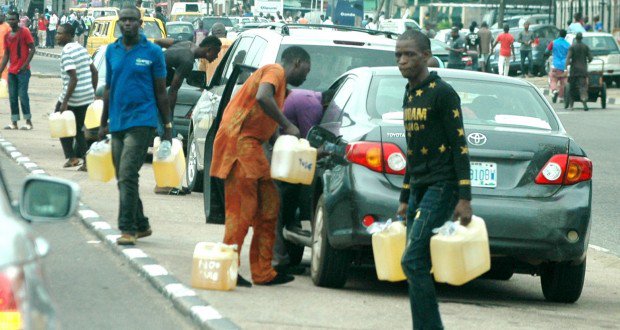 As the fuel supply situation is being pursued with vigour by the Nigerian National Petroleum Company Ltd and its subsidiary, the National Association of Nigerian Students (NANS) has added its voice to the call for stakeholders to join hands with the company to ensure a speedy return to normalcy.

Assuring fellow countrymen and women that they are in the situation together, NANS urged cooperation with the authorities and also stand together to demand a speedy resolution of all issues and the normalization of fuel supply across the country to ameliorate the hardship being experienced by Nigerians.

NANS said in a press statement by Comr Asefon Sunday and Comr Adekitan Lukman, President and Secretary-General respectively:“While we make these and other demands of the government, we commend the directive of President Muhammadu Buhari for an inquiry into the dire fuel importation mishap which has put a strain on the supply chain and on Nigerians. It is our hope that the inquiry will be decisive and far-reaching.

“Let us join well-meaning fellow Nigerians to bemoan the serious fuel disruption across the country occasioned by the importation of bad Premium Motor Spirit (PMS) by some approved dealers of the Nigeria National Petroleum Corporation Ltd.

“Without a doubt, majority of us are aware of the unfortunate development and have followed the various efforts of the NNPC Ltd, and its subsidiaries to address the telling situation.’’

While acknowledging the avoidable situation after almost six years of no queues and scarcity, the student body frowned at those who want to make political gains out of a PURELY OPERATIONAL ISSUE and urge those behind the attempt to put a spanner in the smooth administrative structure of President Muhammadu Buhari at the NNPC to desist forthwith.

“The NANS is in receipt of credible intelligence that certain individuals who from inception of the present management of the NNPC were unhappy and still smacking from the deliverables of the Mele Kyari inspired leadership and reforms in the corporation have mobilized hire-for-CSOs to embark on protests to paint the NNPC leadership in bad light.

“For the avoidance of doubt, the 19th GMD of the NNPC and Chief Executive Officer, Mele Kyari, has breathed a new life into the national oil company. In his two years on the stead, Malam Kyari has done away with the nearly five decades of scarcity, unprofitability and lack of focus that was the hallmark of the oil corporation.

“It will be recalled that when Malam Kyari assumed office, he harped on transparency, and accountability as his cardinal pillars of his management and this he did by the launch of the Transparency, Accountability and Performance Excellence (TAPE) initiative.

“To demonstrate his commitment to this, he opened up the corporation’s books the way no other management before him has done. It is to his credit that; the 2018 and 2019 Audited financial statements of the corporation and its 19 subsidiaries registered under the Companies and Allied Matters Act (CAMA) 1990 as amended alongside that of the National Petroleum Investment and Management Services (NAPIMS) to provide clarity on Joint Venture finances were published and made available for those interested to access and scrutinize.

“The Kyari-led management also sustained the corporation’s Monthly Financial & Operations Reports (MFOR) in line with the TAPE vision. NNPC remains the only National oil company that publishes its financial and operations reports monthly globally. In case you may have forgotten, it is in this Mallam Kyari administration that over a 1,000 of our fellow young graduate trainees were recruited,’’ the statement, a copy of which was given to Persecondnews also explained.

On the nation’s refineries, NANS reminded Nigerians that the rehabilitation of the refineries is at advanced level, pointing out that the Kyari-led management had assisted the NNPC to sign the $1.5 billion engineering, procurement & Construction (EPC) contract agreement with Tecnimont SpA to complete Port Harcourt Refinery rehabilitation.

It added: “Further to these achievements is the Nigerian Liquefied Natural Gas (NLNG) Train7 project in December2019. The investment deal had been on the drawing board for over 10 years. The project is expected to generate over $20 billion of revenue to the government over the project’s life cycle and create 10,000 direct and 40,000 in direct jobs.

“Kyari-led NNPC to take the final investment decision (FID) with the Brass Fertilizer and Petrochemical Company for the $3.6 billion brass methanol plant in Odioma, Bayelsa state. The decision was followed by signing a $260 million financing agreement for the Assa-North Ohaji South gas projects with Seplat and expected to deliver 300 million Standard cubic feet of gas per day and 1,200 megawatts of electricity to the domestic market.

“At his inauguration, Kyari also promised to upscale engagement with stakeholders to ensure that stakeholders are carried along in the corporation’s operations; he has kept faith with this pledge by devoting time to honour invitations from the relevant committees of the National Assembly, holding periodic engagement sessions with critical stakeholders, including the media.

“While the list of what Malam Kyari has performed is inexhaustible, it goes against the grain of commonsense for anybody or group to want to link him to any untoward happenings at the NNPC especially over contaminated fuel that is presently being recalled as unfortunate and diversionary.

“We as members of NANs wish to urge the NNPC to be courageous and focused and work hard to clear the roads, and find a means to compensate those whose cars may have been adversely affected.

“NANS commends the pragmatic response of the Kyari led NNPC on the declaration of 24-hour loading and dispensing activities in all their designated outlets including the Independent major marketers, in a bid to accelerate nationwide distribution of Premium Motor Spirit, all towards easing the affairs and availability of petrol to Nigerian people.’’

Fuel Price HikeNANSNNPC
Share
Subscribe to our newsletter
Sign up here to get the latest news, updates and special offers delivered directly to your inbox.
You can unsubscribe at any time

Seizure of bus by Lagos taskforce: Driver douses self with petrol, sets self aflame