As a tradition, another former governor set to take the reins in APC, Pres. Buhari endorses

…Al-Makura of Buhari’s CPC bloc, is the ``anointed’’ chairmanship candidate 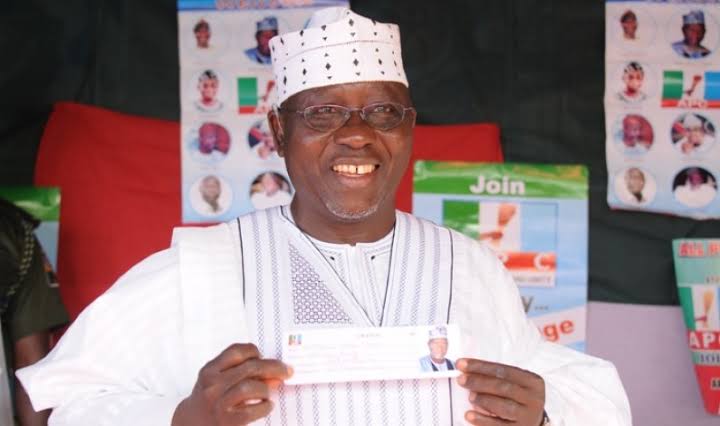 With less than 21 days to the twice-postponed All Progressives Congress (APC) national convention fixed for February 26, 2022, being put together by the party’s acting Chairman and head of the Extraordinary Convention Planning Committee, Yobe Governor Mai Mala Buni, a consensus appears t have been reached as to who takes over from Buni.

The ruling party has been experiencing instability in its leadership after a one-time Edo Governor, octogenarian Chief John Odige-Oyegun, was ousted treacherously by his younger kinsman, ex-Edo Gov. Adams Oshiomhole, who was equally thrown out as the party was embroiled in leadership crises since his enthronement in 2018. His leadership was foisted on the party by some interests. The tactless and commando-style of Oshiomhole’s leadership characteristic of his days of calling out workers on national strike as the NLC President, plunged the party into irreconcilable squabbles resulting in the loss of several states such as Zamfara, Bayelsa, Rivers in the 2019 elections.

Dictatorship and imposition of candidates through direct and indirect primaries, and in some cases, no primaries, hitherto reigned in the party. It got to a head when “power-drunk’’ Oshiomhole looked those who installed him in the eye and suspended them from the party including ex-Ogun Gov. Ibikunle Amosun, Ondo Governor Rotimi Akeredolu.

Persecondnews recalls that at the presidential rally held at MKO Abiola Stadium in Abeokuta, Ogun State, in December 2018, aggrieved party members hurled abuses, insults and pure water sachets on Oshiomhole, who was standing next to Buhari, and Mr Dapo Abiodun, the APC governorship candidate for the 2019 poll.

Oshiomhole, by nature, is hamfisted, choleric and has a hair-trigger temperament and could, therefore, be incapable of resolving the issues politically.

Again, APC is on the march, threading the same old path amid a whirlwind of crisis in states and politics of succession and control of party machinery ahead of the 2023 polls. The state congresses held in 2021 were not without violence in some states as parallel congress was held in Ogun, Kwara, among others. The Gov. Buni-led committee says it has “reconciled’ ’the factions or groups in the states as a precursor to the National Convention where the new national chairman and other National Working Committee (NWC) and National Executive Committee (NEC) will be elected which will, of course, signpost emergence of the party’s presidential candidate.

However, in the contending forces for the soul of the party is the battle royal between President Buhari’s defunct Congress for Progressive Change (CPC) and Asiwaju Bola Tinubu’s defunct Action Congress of Nigeria (CAN) that dissolved into APC in 2013. It will be recalled that the new People’s Democratic Party (n-PDP) as it was called then which broke off from the PDP, the All Nigerian Peoples Party (ANPP), and a faction of the All Progressives Grand Alliance (APGA) also metamorphose into APC.

The one that eventually gains the upper hand will decide who takes over from Buhari in 2023 and sweep NWC and NEC positions at the convention.

From the CPC bloc is Tanko Al-Makura, former Nasarawa governor and current senator, who, according to feelers from the seat of power, Aso Rock, is being touted as the anointed candidate for APC helmsmanship with Senator Sani Musa from Niger State trailing him.

Bello expressed his support for the lawmaker when the National Assembly caucus from the state met him at the Government House, Minna, to solicit his support and that of the party in the state towards the realization of the aspirations of their colleague.

The Governor while receiving the National Assembly caucus expressed delight over the aspiration of Senator Sani Musa whom he described as a friend and brother, saying that it is the turn of North Central Zone to produce the National Chairman of the ruling party, and Niger state will be happy to produce it.

Although he pointed out that as a leader in the North Central states, he was open to all aspirants especially from the zone, Sani Musa, he insisted remained a candidate to beat.

“I cannot be seen as openly disregarding some, but of course your own is your own and pulling this crowd makes a statement.’’

Governor Bello, therefore, commended the National Assembly caucus for the unity of purpose amongst them and the solidarity for Senator Sani Musa, adding, “as a Chairman of North Central Governor’s forum, a responsibility bestowed on me by my colleagues, I am open to everyone from the North Central.

He nonetheless expressed reservation of the number of aspirants from the North Central zone, stressing that “the APC Governors are concerned about the many aspirants for the top position of the party at the national level” and hinted that plans are underway to ensure the situation is managed to the satisfaction of all.

But for Al-Makura, the Presidency is believed to be mobilizing some APC governors and stakeholders for their support for him for ratification at the February convention which the Buni’s CECPC might deliver.

This gnarly political problem for the ruling party which was uncommon to PDP while in power in electing a chairman, political pundits, say can only be resolved by concurrency, noting that democracy actually relies or thrives on dissensus as much as on consensus.

With President Buhari solidly behind him, Al-Mak­ura, who is commonly referred to as the “first political son’’ of Buhari, being the first elected political office holder on the platform of CPC floated by Buhari. remains the candidate to beat.

He wears the toga of a level-headed politi­cian, who enjoys the unflinching support of the President and his successor, Governor Abdul­lahi Sule, any time, any day.

A highly dependable party chieftain told Persecondnews:“Al-Makura was the only CPC governor in 2011 and he resisted all the temptations to defect to other parties particularly the ruling party at the time, the PDP. But he chose to remain loyal to Buhari, who has not been elected president then.

“You know Buhari cherishes one thing, that is, loyalty. He will definitely reward his loyalty.’’

“And since it has almost become a tradition in our party to elect former governors as national chairman, the choice of Al-Makura is a perfect one as there is no crisis in his state,’’ he also said.

Born Novem­ber 15, 1952, Al-Makura attended Keffi Teachers Col­lege and College of Education, Uyo, Akwa Ibom before he got admission into Ahmadu Bello University, Zaria, where he bagged a Bachelor of Education,

He is into the real estate development and hospitality industry far back as 1970 and had already become a billionaire before he was elected governor of Nasarawa. He was the Youth Leader of the defunct National Party of Nigeria (NPN) in the old Plateau State in the Second Republic. Al-Makura got elected into the 1988/1989 Constituent Assembly and was later elected as the State Secretary of the defunct National Republican Convention (NRC).

Al-Makura was also a founding member of the People’s Demo­cratic Party (PDP) in 1998 and however after political intrigues, got elected governor in 2011.

However, a herculean task awaits him: Build ideology for the party and to ensure that the party becomes a strong political institution; provide a coherent leadership for good governance and internal democracy both in the party and the country at large; ensure party discipline and truly reconcile the warring factions in the party as well as stabilize it ahead of the 2023 polls if it must retain power beyond President Buhari’s tenure in May 2023.

Al-makuraAPCPres. Buhari
Share
Subscribe to our newsletter
Sign up here to get the latest news, updates and special offers delivered directly to your inbox.
You can unsubscribe at any time