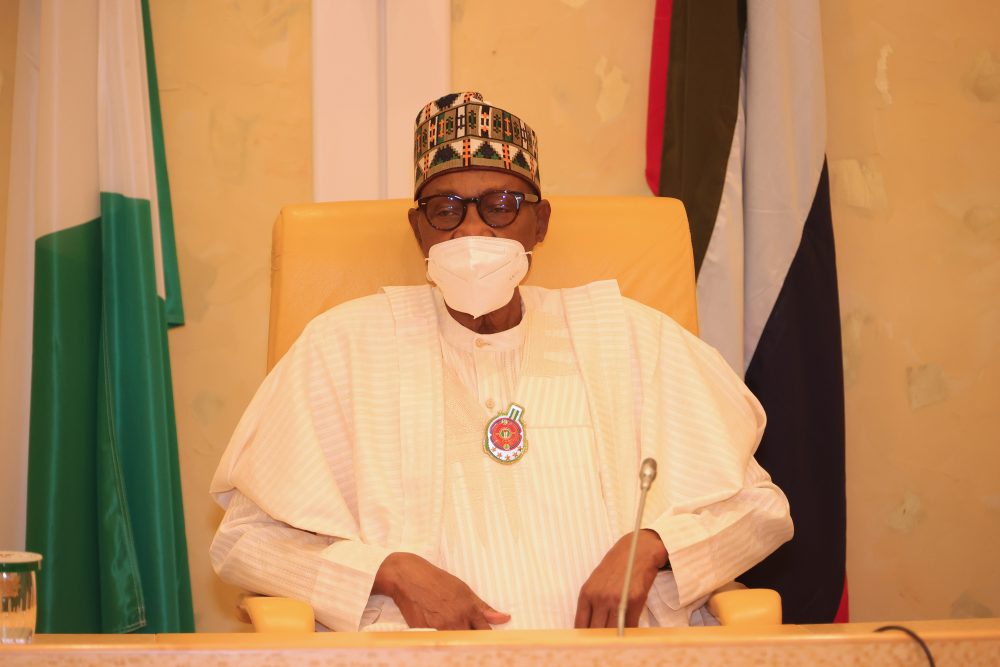 …so, really it is a lot of hard work, but I asked for it and I cannot complain

Septuagenarian President Muhammadu Buhari says he is on the rack as a result of his age as he tries to cope with the demands of his office.

He said spending long hours in the office and the accompanying rigours are already taking a toll on him.

Buhari, who turned 79 years in 2021 said: “The age is telling on me, working now for 6,7,8 hours a day in the office is no joke. Questions of Executive Council memos from as many states as possible to be considered virtually every week.

“So, really it is a lot of hard work, but I asked for it and I cannot complain.”

Persecondnews reports that the president spoke in a pre-recorded interview aired by the Nigerian Television Authority (NTA) on Thursday night.

As a result of the apparent ennui by the age-racked Nigerian leader, Buhari said he looked forward to the end of his tenure in 17 months to join his colleagues in retirement.

“Yes, I think COVID-19 has come to my rescue in the sense that the amount of people that you need to see you, can’t see you so that is losing no time.

“And about my age, yes, I see my colleagues, they are now resting and I assure you that I’m looking forward to the next 17 months when I too would have to be less busy,’’ the president, who rarely grants media interview, said.

“Yes, because look as you know I have been a governor. I have been a minister and I’m in my second term as President. So, I have gone through the system. And really, what else can I do with this country?

“But we had to accept the reality that the weapons are coming from our own armouries, police stations have been attacked and so on. So, the main problem is, I hope l will leave a more secure Nigeria than what it is now,’’ he stressed.

Expressing optimism that the insecurity confronting the country can be resolved before he leaves office, Buhari said the “security forces are working hard on it’’, adding that more equipment and ammunition are being procured.

The president assured: “Yes, the government is capable and  is going to do it because members of the security, the armed forces and others, they are all security it depends on one Nigeria.

“So no matter, when people are selfish, is themselves first. Even for their own selves, they better stabilize  Nigeria and I believe they will do it.

“I know we are short on resources. For example, dealing with the militants, if people bother to reflect on how we found the Northeast and Southsouth and how much progress we have made and acquiring some helicopters, aircraft, their maintenance, their ammunition, armored cars, you know to counter effectively, the bandits.

“They cost money and they cost time for training and adaptation,’’ the one-time military head of state said.

2023: Opposition might take over power if APC’s lingering crisis is unresolved – Buhari