Buhari forecloses reprieve for IPOB leader, Nnamdi Kanu, insists he should defend himself in court

...for allegedly peddling false information about the Buhari administration while he was abroad 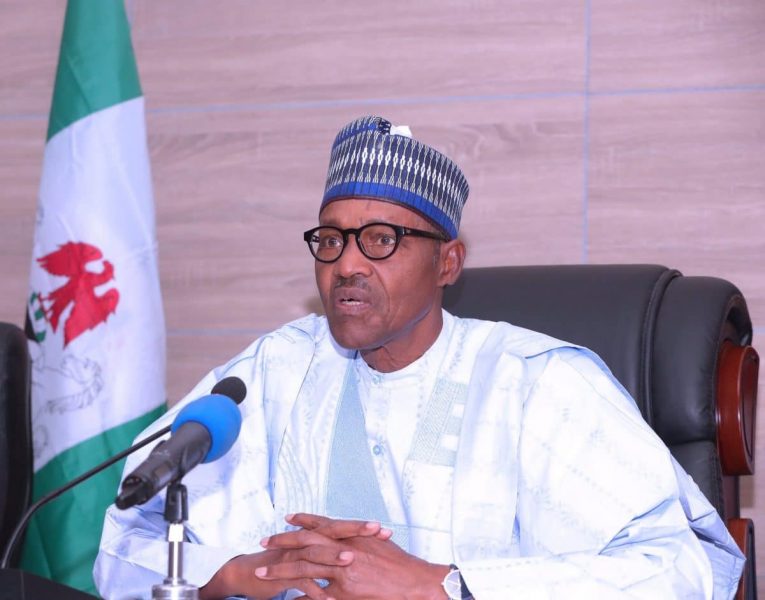 President Muhammadu Buhari on Wednesday foreclosed any reprieve soon for the leader of the proscribed Indigenous People of Biafra, Nnamdi Kanu, saying rather than letting him off the hook, he should defend himself in court.

Buhari said Kanu should face trial for peddling false information about his regime while he was abroad.

“There is one institution that I wouldn’t interfere with, that is the judiciary, Kanu’s case is with the judiciary but what I wonder is when Kanu was safely in Europe, abusing this administration and mentioning too many things, I thought he wants to come and defend himself on the accusations.

“So, we are giving him an opportunity to defend himself in our system, not to be abusing us from Europe as if he was not a Nigerian. Let him come here with us and then criticise us here.

“Nigerians know that I don’t interfere with the judiciary, let him be listened to. But those who are saying that he should be released; No, we cannot release him,” the president said in an interview on Channels TV monitored by Persecondnews.

In November 2021, some Igbo elders led by first republic Minister of Aviation, Chief Mbazulike Amaechi, had visited the President, demanding the “unconditional release” of Kanu.

Buhari had told the visitors that he would not interfere in the trial by the court although he promised to consider their demand which he called “a heavy one.”

“There is a possibility of political solution. If people behave themselves, all well and good but you can’t go to a foreign country and keep on sending incorrect economic and security problems against our country.

Persecondnews recalls that 54-year-old Kanu, who hails from Abia State, was first arrested in 2017 for calling for secession of the Southeast states.

Kanu had jumped bail in June 2018 before leaving for the United Kingdom, saying he fled because his life was in danger.

On June 29, 2021, after spending about three years abroad, the Attorney General of the Federation, Malam Abubakar Malami (SAN) announced at a news conference that Kanu was “re-arrested” in a foreign country and “extradited” to Nigeria.

On arrival in the country, Kanu was re-arraigned before Justice Binta Nyako at an Abuja federal court for terrorism.

The IPOB leader has remained in the custody of the Department of State Services (DSS) in Abuja.

Kanu was brought to court again in December 2021 and case adjourned until January 18, 2022.

Nnamdi KanuPres. Buhari
Share
Subscribe to our newsletter
Sign up here to get the latest news, updates and special offers delivered directly to your inbox.
You can unsubscribe at any time