…says they provide legal impetus for the Nigerian Government to implement hard security measures branding everyone, everything CSO 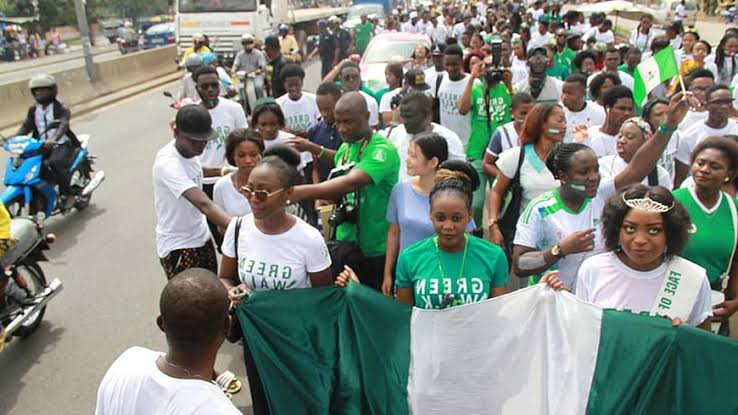 Some world bodies under the aegis of the United Nations have been rapped for providing legal impetus for the Nigerian Government to implement hard security measures that will limit civil society and fundamental freedoms. The organizations being thrown under the bus are the United Nations Security Council, the Financial Action Task Force (FATF) and the UN’s Global Counterterrorism Strategy. The Action Group on Free Civic Space, a coalition of 53 groups including Spaces for Change (S4C), CCEPE, policyalert!, and Dataphyte, stated this at a news conference in Lagos.

Persecondnews.com reports that the 75-page two reports were presented on the findings of a three-part study which examined how the military and non-military measures – mostly copied from abroad – were deployed to combat numerous security threats in Nigeria including terrorism in the Northeast region, create opportunities for the use and misuse of counterterrorism and security laws to curtail civic freedoms.

The reports are titled, “The Security Playbook of Digital Authoritarianism in Nigeria’’, and Harms from Abroad – The Impact of Global Security Measures on the Civic Space in Nigeria.’’

Mr Seyi Olufemi of Dataphyte told the media briefing that the global security measures were potentially becoming the dominant driver of closing civic space in Nigeria.

He noted that the federal government’s enhanced digital surveillance capacities have been made possible by the collection of big data in the form of biometric data collection, centralized databases, compulsory digital identification programmes, data warehouses, algorithm mapping, among others.

Olufemi, however, pointed out that the government had used excuses such as counterterrorism, fighting corruption and easing devise delivery to justify intensive data collection, research findings had proved otherwise.

“State actors could not have recorded considerable successes in their diversionary and restrictive adventures without the cooperation of telecommunication companies (telcos), internet service providers (ISPs), content moderation platforms, private companies including foreign suppliers of surveillance technologies and local as well as state regulatory agencies.

On the fundamental framework provided by UN bodies which Nigeria has taken undue advantage of to close civic space, the Dataphyte boss said because terrorism lacks a clear definition globally has provided motivation for governments particularly in Africa including Nigeria to drift towards authoritarianism and apply overreaching measures to restrict the democratic rights of civic actors under the guise of preserving national security.

“The most popular tactics include (1) recharacterizing organized dissent as terrorism (2) proscription of self-determination movements (3) restrictions on open democracy and (4)criminalizing free expression.

“Further findings show that governments like Nigeria introduce and enforce these stringent measures that shrink civil liberties in order to escape the dire consequences of non-compliance to global security norms and measures.

“Incident tracked on the Closing Spaces Database reveals that civic actors such as journalists, protesters, LGBTQ activists and organizations, female activists and bloggers, persons with disabilities – are most affected by the state’s arbitrary surveillance and misuse of security measures.’’

He, however, urged the National Assembly to amend the law on terrorism and give an acceptable definition of terrorism, saying such definitions should not be overly broad and vague to avoid interpretations that infringe on the fundamental freedoms of Nigerians.

“Civil society and concerned citizens can push for a review of all data protection legislation and judicial provisions that empower state agents to arbitrarily surveil persons or obtain personal data of citizens without warrant or court order.

“Media organizations and tech companies can work together to increase the preservation of digital rights and online spaces utilized by citizens for engagement and communication.

“International organizations can offer support to the advocacy by local organizations by pushing for stronger legal regimes and stiffer sanctions for suppliers of digital technologies used to indiscriminately surveil the activities of civic actors,’’ he said.

The Executive Director, Spaces for Change, Victoria Ibezim-Ohaeri, raised an alarm that digital laws are being used to target NGOs by harassing and intimidating them.

She expressed worry about she called securitization of the country, saying “our country was not like this before. Where is it coming from? Military action for anything and everything.’’

“Terrorism has no clear-cut definition in Nigeria. What is the connection between a post on Facebook by somebody expressing his mind and terrorism? International community should see their unintended consequences on the norm on counterterrorism.

“NGOS and civic actors should be able to operate freely as guaranteed by the Nigerian Constitution,’’ she told newsmen.

CSOs
Share
Subscribe to our newsletter
Sign up here to get the latest news, updates and special offers delivered directly to your inbox.
You can unsubscribe at any time