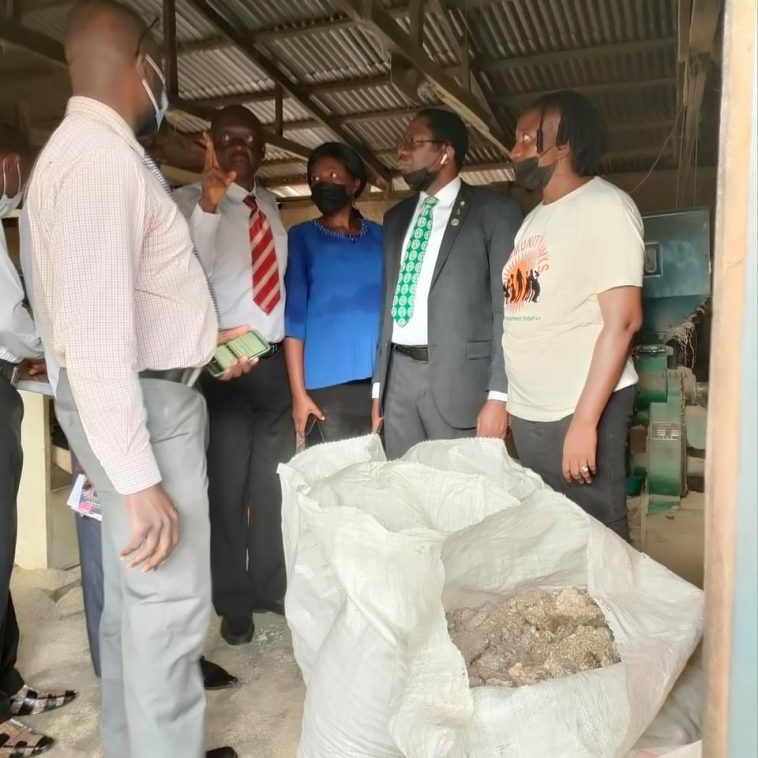 Security operatives at the mill examining the rice

A rice mill that repackages and sells moldy, spoilt rice has been uncovered in Wadata area of Makurdi, Benue State.

The spoilt rice is reportedly brought in trucks from Katsina State to the Benue state capital, for “cleaning” and repackaging, as the state is known to have one of the best rice milling machines.

Persecondnews gathered that the moldy, sticky, spoilt and dirty rice is separated and cleaned with palm oil, then repackaged with a different expiry date and taken to the market for sale to unsuspecting customers.

According to a witness and Benue activist, Ukan Kurugh, about five trucks have been repackaged since last week Friday, August 27, 2021 and dumped in the market for public consumption.

Kurugh disclosed that the boys doing the dirty job have been seriously working day and night, since last week friday, to repackage the rice in new bags for sale in the market, as they have a “deadline” to meet.

“This morning I and Rev. Fr. Solomon Mfa went wadata rice mill to purchase rice for some of the IDPs as directed by a donor. We later discovered a rice milling house in the process, that was working on some very dirty and smelly rice.

“So we started asking questions because the stench was unbearable even with our nose mask.

“It was in the process of a friendly discussion, that an old lady opened up to us that the rice was brought to Benue from Katsina state.

“The zeal they were working day and night on the products was something else. The old lady said it’s because they have a deadline to deliver, as about five trucks were already worked on since last week and were inside the market,” he said.

Kurugh said while they were awaiting the arrival of the necessary authorities to apprehend them, they got information that another truck had just brought in more supplies of the moldy rice.

“So we moved in with security operatives to intercept them at the spot as they were yet to offload. The driver took to his heels on sighting us, but we impounded the truck loaded with expired rice.

“The commissioner for health, Dr. Joseph Ngbea, came in with NAFDAC, who examined the place and sealed the mill house for further investigation.”

Meanwhile, there was pandemonium as the truck was about being towed to NAFDAC warehouse as hoodlums popularly known ‘area boys’ at wadata insisted that before the rice and truck is taken away, they must “settle” them with N100,000.

“While we were speaking to them about how dangerous the rice was for consumption, the youths took laws into their hands and looted the rice and stole the battery of the truck,” the Benue activist added.

Meanwhile, the police, NAFDAC and the Ministry of Health have reportedly launched investigations into incident with a view to apprehending some suspects. 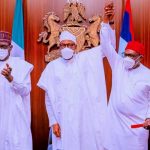