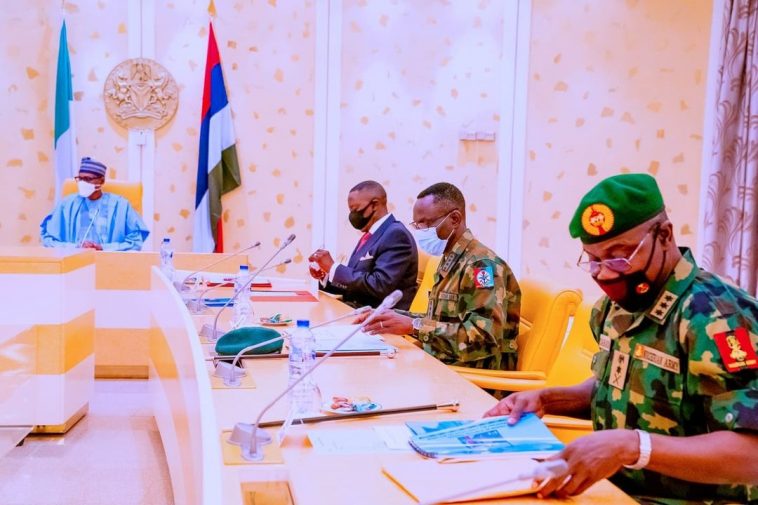 President Muhammadu Buhari is quite happy with the tremendous success being recorded in the insurgency fight in some parts of the North.

He equally noted with satisfaction the change in the narrative especially with the advent of the new service chiefs and Inspector General of Police.

Even in spite of the successes, Buhari has threatened to make to rejig the security architecture of the country, he is “not ready to leave government as a failure.”

The president spoke at the Presidential Villa, Abuja, on Thursday at the National Council on Security meeting presided over by him.

The meeting of the heads of security agencies was convened to update the president on security operations in the country.

The National Security Adviser, retired Maj.-Gen. Babagana Monguno, had briefed State House correspondents on what transpired at the meeting.

He said: “But with the new drive of the Armed Forces, the police, the intelligence agencies, there has been greatest cooperation, greater synergy intelligence sharing, as well as our partners in the regional intelligence fusion unit.

“So the President was briefed, the President is quite happy that there’s been tremendous success, especially with the advent of the new service chiefs and Inspector General of Police. And he is also made it very, very clear that he is not ready to exit government as a failure.

“He is not going to tolerate failure and that he has made changes and is ready to make further changes if he is not satisfied.

“He is completely determined to ensure that there is a turnaround in the fortunes in the theatre of operations,” Monguno said.

Lauding the “good cooperation, synergy and intelligence-sharing among the armed forces, Monguno said President Buhari was quite happy with the briefing he got.

On the outcome of the meeting said: “The last National Security Council meeting, we had was on the 8th of June. From that time till now, a lot has happened within the security domain.

“Mr. President called for this meeting. And it was actually supposed to be for next week, but he drew it back for today, for obvious reasons.

“The meeting briefed, Mr. President, on the current security situation in the country. Well, I’ll say from the last time we met till now, and all the issues that were brought before the president, were mainly issues arising from the successes recorded in the theatre of operations throughout the Northeast.

“It is evident that a lot of successes have been recorded. Large numbers of people are surrendering in the north east as a consequence of the relentless efforts of the armed forces, intelligence and security agencies.

“This is very, very evident. We have never had such large numbers of people defecting from the other side, back to the Nigerian side, mainly, as a result of many issues within the theatre, issues of infighting among the various factions of the terrorist groups.”

On the issue of widespread hunger in the country, the NSA said:”We also addressed the issue of the prevailing situation, which is widespread, you know, issues of hunger.

“The President is not oblivious to the pains of the people, and is working with the Vice President and other members of council is going to employ the relevant ministries, departments and agencies of government to address this issue.

“As far as it is concerned, it is also an emergency situation that people should not be left to wallow in hunger, and in despair, this is something that he is also going to look into. And he is going to use all the necessary, all the relevant tools at his disposal to address the issue of widespread hunger.

“And then also the issue of insecurity in the Northwest, which is still, even though for those of us who are within the security system, we have seen a significant drop in the number of incidents of kidnapping and banditry, nevertheless, a lot has to be done.

“Because like I have always said in the past, as far as the people are concerned, there should not be any incident of kidnapping, banditry, and other incidents of insecurity.

“The President is also aware of that and he has also made certain assertions which I am not willing to say right now, till he is made the final decision on those things.

On the recent killings in Plateau State, Monguno said the issue was discussed and that the President had given certain directives on the incident.

On plans for insurgents surrendering, the NSA said: “Yes, there are plans. But I don’t want to immediately divulge what has been decided on those plans till the President takes a firm decision on the plans. But definitely that is one of the things that he intends to address, the number of people coming.

“It is not just in Nigeria, even in Northern Cameroon, you have equally large numbers of people, surrendering to the bonafide agencies of government. But that is all as a consequence of the regional cooperation between the various countries and the agencies of those countries.”

On the national security architecture, Monguno said: “Well, what I expect is for the Nigerian people also to forge a sense of oneness, unity, let us put aside whatever suspicions, apprehensions or agitations that exists, because in the context of the 21st century, you can’t deal with these emerging crisis in a cut and dried manner.

“We have to use everything at our disposal, all the elements of national power, including the population, the wider community needs to work with the security agencies to deal with these problems.

“Responses has to be fast. We can’t act on stale intelligence. And that is why as things are happening, right from the grassroots level going all the way up, the local government, the state governments, and then of course, the federal government has its own parts to play.” 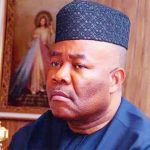 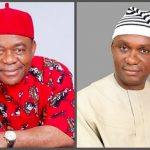