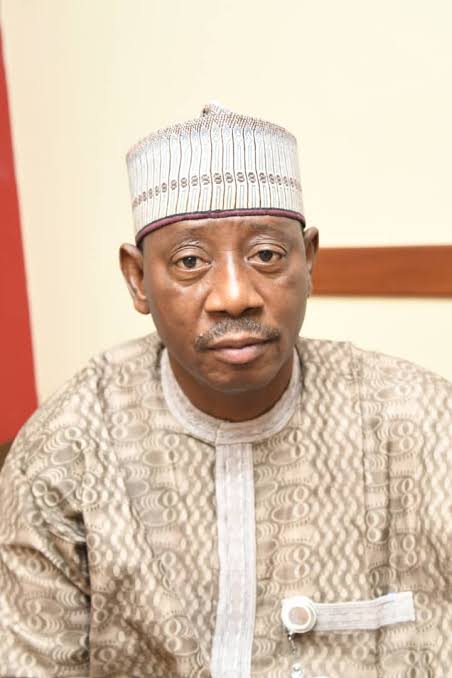 … the Inspector General of Police and Inspector Thomas Nzemekwe a.k.a Yellow to pay compensation to the women

“The judge also slammed the 6th respondent (the Abuja Environmental Protection Board) for being presumptuous in its role and that it acted ultra vires, beyond its scope and powers regarding the raids’’.

After over two years of legal tangle, the six women, who were harassed and abused during raids by the Abuja Environmental Protection Board (AEPB), police and other law enforcement agents in April 2019, have finally got justice.

A Federal High Court in Abuja has indicted AEPB, police and other law enforcement agents for the assault and awarded between ₦2 million to ₦4 million in damages against them.

Specifically, the damages were awarded against the Abuja Environmental Board, the Nigerian Security and Civil Defence Corps, the Inspector General of Police and Inspector Thomas Nzemekwe a.k.a ‘Yellow’.

The judge also slammed the 6th respondent (the Abuja Environmental Protection Board) for being presumptuous in its role and that it acted ultra vires, beyond its scope and powers regarding the raids.

Justice Maha then issued a perpetual injunction restraining the Police, Nigeria Security and Civil Defence Corps and other listed respondents from arresting women in such circumstances and in a manner that discriminates on the basis of gender.

The suits were filed with support from Lawyers Alert and the Open Society Initiative for West Africa.

On April 26, 2019, a mob of over 100 male state actors invaded clubs, hotels, supermarkets and other centres of business in Abuja to round up women under the guise of arresting sex workers.

It was alleged that the invasion was commissioned by Hajiya Safiya Umar, the Acting Secretary Social Development Secretariat of the FCT, a woman saddled with protecting persons within the FCT, particularly women and children.

The unfortunate event, a recurring decimal for women in the FCT, became known as the ‘Abuja Raids.’

These women, targeted because of their gender, suffered sexual violations, physical and mental torture while in detention at Utako Police Station. Inspector Thomas Nzemeke, also known as ‘Yellow’, physically assaulted a mother of a two-month-old baby, a woman menstruating was denied access to sanitary towels, and the women were stashed in most unsanitary conditions.

They were denied bail and legal representation between the 26th and 29th of April 2019, infringing on their human rights. In this vein, in line with the mandate of the National Human Rights Commission (NHRC), a Special Investigative Panel on Sexual and Gender-Based Violence in Nigeria on the incidents in Abuja and other parts of the country was constituted.

Commenting on the judgment, the Executive Secretary of the NHRC, Mr Tony Ojukwu, said the judgment was significant as it has asserted the human rights of every person against gender- based violence, especially by state actors, which is a persisting, well-documented fact.

The judgment regarding the discriminatory arrest of people based on their gender, particularly the arrest of women in the streets and other places, becomes a reference point for protecting women’s rights now and in the future.

“History has once more been made in Abuja in the landmark court judgements on the notorious raids of women and girls in the streets of Abuja by the Abuja Environmental Protection Board and other law enforcement agents,’’ he said.

He noted that the landmark judgments had ‘vindicated the position of civil society groups and the Commission and hoped that the judgment would serve as a wake-up call for law enforcement agents to desist from further inhuman raids and activities in such a way that violates the human rights of citizens – as such will be resisted and challenged in the courts of the land.

Freedom of movement is guaranteed by the Constitution of the Federal Republic of Nigeria and can only be restricted in exceptional circumstances clearly defined by law. The court’s declaration that the actions of the AEPB, was unlawful and had abrogated powers to itself and acted beyond its brief under its establishing Act is poignant.

Significantly, the court made an order of perpetual injunction against the AEPB and other respondents from further carrying out raids without an order of a court.

Also, Dr Ivana Radacic a member of the Working Group on Discrimination against Women and Girls welcomes the decision of the Federal Court.

“Not only does the judgement recognise violations of the rights of the claimants and awards them the damages, it also prohibits the relevant enforcement authorities from arresting women in such circumstances and in the manner that discriminates on the basis of gender, thus having a broad impact.

“The judgment represents an important step in challenging impunity for violations of the rights of sex workers, prevalent in many societies, and recognising discriminatory impact of criminalisation of prostitution on women.’’

Persecondnews reports that 13 respondents were listed in the case including the Minister of the FCT, Federal Capital Territory Administration, Federal Capital Development Agency, Hajiya Safiya Umar, Acting Secretary Social Development Secretariat of the FCT, Abuja Metropolitan Management Council, Abuja Environmental Protection Board, and Hassan Abubakar H.O.D of the Board.

Others Eze Enya of the Board, the Nigeria Security and Civil Defence Corps, Inspector-General of Police, theAttorney General of the Federation and Minister of Justice, Police Inspector Thomas Nzemekwe a.k.a Yellow and Idayat Akanni Olaide (Chief Magistrate 1).

Also commenting on the land mark judgment, some 58 civil society actors on behalf of otherssaid:“We note with regret that the names of the Magistrate and Prosecutors (Nos. 13 and 8), who were involved in the cases, were struck out for misjoinder in the ruling.

“Also of concern, is the length of time it took to get justice for the claimants, which is symptomatic of Nigerian justice system. However, we commend the court for its bold judgment that reassures women that their human rights matter.

“We urge the Nigerian authorities to prioritise the implementation of the decisions and ensure the enforcement of laws to preserve women’s dignity and bodily integrity. These cases are not only a victory for women but for all Nigerians.’’ 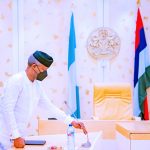