The several months of breather enjoyed by residents of Ogun State, gunmen appear to have resumed their dastardly attacks in the state as a Swiss expatriate was kidnapped and taken to the bush after killing a staff.

Persecondnews learnt that the Swiss national, Mr Andred Beita and his driver, were abducted on Saturday evening along ltori-Ibese road leading to Dangote Cement Factory.

According to reports, the Swiss who was being escorted to Ilaro by police while returning from Olabel Farms where he works was attacked by the kidnappers.

“They shot two staff members of the farm in their desperate bid to abduct the Swiss.

“One of them, Micheal Kujore, died before he was taken to the hospital for medical attention,” a source said, adding the other staff is still receiving treatment at a hospital in Ilaro.

Narrating how the incident happened, the source said:“On sighting the policemen attached to the man, the gunmen opened fire on them, and in the ensuing shootout, a Swiss expatriate attached to the farm, Andred Beita, and his driver, who was simply identified as Ifeanyi, were abducted by the kidnappers.

“Two staff of the company, Ishaya Ibrahim and Michael Kujore, sustained gunshot injuries and were rushed to hospitals.”

“The information is true. The police engaged the kidnappers leaving two of them dead. But, they whisked away from the Swiss expatriate and his driver.

“The police recovered one AK 47 rifle and nine rounds of ammunition from them.

“We are on the trail of the hoodlums,” he said. 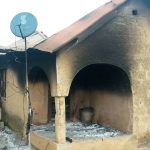 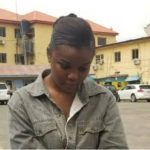