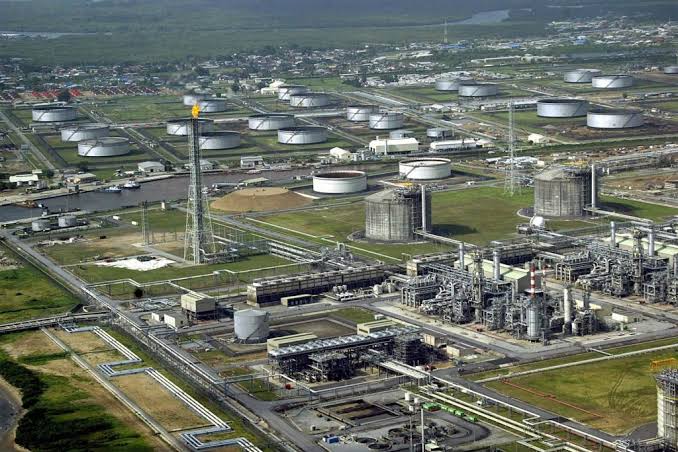 Dating back to the mid-1950s, oil has been considered the most important energy source globally. Without oil, modern society would not have emerged and operated seamlessly as it is the main source of supply to the power sector, in addition to providing fuel for airplanes and vehicles to transport people and goods. Also, the refined products of oil are used for many vital products such as plastics, detergents, paints and even medicine.

Middle East countries such as Saudi Arabia, Kuwait, Qatar, United Arab Emirates and multiple others, are extremely rich with some of the highest capita incomes in the world because of their vast oil reserves. These countries, before the discovery of oil, were basically deserts with dearth of infrastructure and a very basic, local economy. But the discovery of oil literally transformed their fortunes which has now become the basis of their economies. In Saudi Arabia, oil has given them not just riches, but power and influence.

However, the one thing to note about oil is that it can often be volatile, both in price as well as in volumes. In 2019, oil production was lower than in 2018, even though the United States actually reported an increase in output. Despite the fluctuations in 2019, 2020 was quite disastrous for the oil industry. At the start of 2020, Russia and Saudi Arabia engaged in an oil price war, which saw the price plummet.

When these two countries failed to agree on oil production levels, both countries started reducing prices which spelt disaster for the companies engaging in this industry. Even though the price war ended about a month later, the damage had already been done. OPEC finally agreed to reduce oil output by 9.7 million barrels daily; the biggest oil production cut in history. This limited the production of oil to 7.7 million barrels daily for the second half of 2020.

The other big thing in 2020 was of course, the Covid-19 pandemic, which has swept the world and caused more than 2.5 million deaths across the world. When what was initially an epidemic transformed into a pandemic, most countries went into lockdown to stem the spread of the virus and reduce infections and death. This caused global economies to tumble and resulted in extreme uncertainties.

Furthermore, since people were in lockdown and traffic almost came to a standstill, demand dropped exponentially and resulted in prices being reduced further. This resulted in history, when futures for oil expiring in May 2020 turned negative, which meant that producers of oil were actually paying customers to take oil off their hands, due to fears that storage capacity for oil would run out. Prices eventually rebounded as lockdown started to be eased, and with vaccinations being implemented, normalcy is expected to some extent by the end of this year.

Now despite the volatility that the oil industry has experienced over the past years and more, some of the countries with the biggest oil reserves are still among the wealthiest nations in the world and this is not going to end anytime soon. 11 countries have more than 1,500 thousand million barrels of proven oil reserves, according to the British Petroleum Company plc (BP Plc).

These countries are spread across the globe geographically, with presence in South America, North America, Middle East, Africa and South Asia being accounted for. However, some of these countries are embroiled in political turmoil as well as battling with poverty, despite being lucky enough to have large reserves of the most valuable energy source in the world. Let us take a look at the 11 countries with the largest oil reserves in 2021.

1. Venezuela- 304 billion barrels
Topping the list of the countries with the largest oil reserves in 2021 is Venezuela. At the end of 2019, the country had an oil reserve of 304 billion barrels. Despite being among the biggest exports of oil, Venezuela has suffered a major economic crisis over the previous years, due to poor policies by the government which have led to hyperinflation and shortage of basic goods, in addition to unemployment. The state owned PDVSA is the biggest oil company in Venezuela with more than 70,000 employees.

Much of Saudi Arabia’s oil is controlled by the kingdom’s monarchy, through its majority-ownership of Saudi Aramco. The country’s vast oil resources has enabled it to transform from a desert country with little to no money, into one of the most powerful countries in the world. A lot of the money has been used to shore up the defense of the country. Aramco is also the biggest oil company in the world and the second biggest company in the world by market cap.

3. Canada – 169.7 billion barrels
With proven oil reserves of 169.7 billion barrels, Canada stands in third position with a 9.8% share of the global resource. Canada might have a low population but the land covered by the country is actually vast, allowing it to make the list of the largest oil reserves by country in 2021. Oil sands deposits in the province of Alberta account for around 97% of the country’s reserves. The province also holds a considerable amount of its conventional oil resources.

Iran’s woes mainly stem from the fact that it has major oil reserves. While Iran was a developing nation with a modern outlook back in the early 1900s, an Anglo-American coup took place in 1953 to allow Western companies to take advantage of the oil supply in the region. This coup had far reaching consequences which still exist today, as it installed a leader who established autocratic rule and instead of the country becoming modernized, it gradually regressed. The National Iranian South Oil Company is the biggest oil company in Iran.

The country is also home to the world’s second largest natural gas reserves; 32 trillion cubic metres, or 16% of the global total, and shares ownership of the world’s largest gasfield – South Pars/North Dome – with neighboring Qatar.

Basra, Baghdad and Ramadi are the cities that hold much of the country’s reserves and, according to World Bank, Iran needs an annual investment of $1bn (£760m) to continue its current oil production rate.

If you are a small country with not much resources and vast reserves of oil, you would do well to be on the lookout for the United States to suddenly drum up reasons to invade and gain control of the oil supply. The 2003 Invasion of Iraq took place purportedly because Saddam Hussein had weapons of mass destruction, but after the deaths of thousands, no such proof was ever found.

6. Russia – 107 billion barrels
Russia is another country which has vast oil reserves, but due to the way the government operates, its citizens are still unable to enjoy a high or even moderate standard of living, with wealth being concentrated among a selected few. Rosneft and Lukoil are by far the two largest oil companies in the country.

Its production slumped after the collapse of Soviet Union, but later rebounded due to privatisation of the energy industry.
In 2019, it was the third biggest oil producing nation, after the US and Saudi Arabia.

Kuwait has the highest valued currency in the entire world and that is mainly due to the high GDP and per capita income enjoyed by the country, thanks to the oil reserves of a country with just 4.4 million people. The Kuwait Oil Company is the biggest oil company in the country, and is owned by the government.

The UAE transformed into a global destination as the proceeds from oil were spent on diversifying its portfolio, which is why Dubai is one of the biggest global tourist destinations. Its biggest oil company is the state-owned Abu Dhabi National Oil Company.

America is among the largest producers of oil, but despite its vast reserves, has to also import massive quantities to meet the demand in the country. It is home to some major oil companies including Chevron, ExxonMobil, Marathon Petroleum and ConocoPhillips.

The Libyan economy is heavily reliant on oil and gas exports, with the industry accounting for around 60% of its GDP, and most of its export revenue. The National Oil Corporation is the biggest oil company of the country.

Nigeria is one of the most populous countries in the world, but the benefits of being one of the biggest exporters and producers of oil have not really trickled down to the population which is why the level of poverty is still quite high.

However, Nigeria is reforming its oil and gas sector to help it weather market uncertainties and storms. More broadly, the central role of the state-run Nigerian National Petroleum Corporation (NNPC) in the country’s oil and gas exploration, development and production activities, cannot be underplayed in understanding the progress of the sector to date and its future direction.

Also, the recent sector reform initiative, the Petroleum Industry Governance Bill (PIB), which has been in the works for nearly two decades, is currently going through statutory legislative processes at the National Assembly. The bill, which still awaits committee review and consultation before being passed for Presidential assent to become law, is expected to boost local and foreign investments in the oil and gas industry.

According to Nigeria’s Minister of State for Petroleum Resources, Timipre Sylva, the PIB will “improve the technical, operational, environmental and regulatory efficiency in the operations of the industry and ensure its survival in the increasingly competitive market for the economic benefits of the country.”

The bill will also amend oil and gas taxes and revenue-sharing and create new regulatory bodies, among other things, to make Nigeria’s oil sector more dynamic and efficient.

Accordingly, the sector is set to be fully revamped and running by 2023, as the corporation signed a contract for the Engineering, Procurement, Construction, Installation and Commissioning (EPCIC) for the rehabilitation of the 210,000-barrels per day capacity Port Harcourt Refinery in Alesa-Eleme, Rivers State. It is part of the drive by the management of NNPC to boost in-country refining capacity. 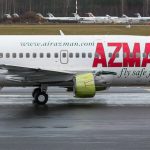 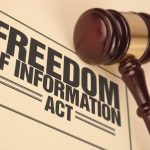