The Nigerian Civil Aviation Authority (NCAA) has lifted the suspension imposed on the airline.

NCAA had suspended the flight operations of Azman Air on March 15, 2021, over a series of incidents involving its Boeing 737 aircraft.

According to NCAA, the ban will help in conducting an audit of the airline to determine the root cause(s) of the incidents and recommend corrective actions for further ocurrence.

Confirming the lifting of the suspension in a press statement obtained by Persecondnews, the airline stated: “Having satisfactory undergone the safety audit and implemented the corrective action plan as recommended by the regulatory body, we are pleased to inform the general public that the suspension is hereby lifted.

“The underlying purpose of this journey is safety, and we can assure the general public that it is the beginning of a new experience as we remain committed to raising the standards when it comes to the safety of crew, equipment and passengers.”

Azman Air has yet to announce when it will resume flight operations. 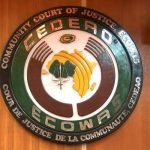 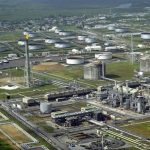