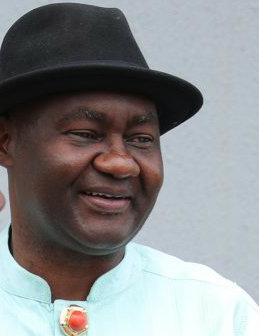 Abe, a board member of the Nigerian National Petroleum Corporation (NNPC), had questioned the canceling of the revocation slammed on Addax Petroleum Exploration Nigeria Ltd by the DPR by Buhari, an act many described as a gaffe and against national interest.

Abe, from Rivers State, insisted that “the DPR was right to recommend a revocation of the mining leases issued to Addax in the national interest.”

His comment came against the backdrop of President Buhari’s intervention in the revocation of the oil leases of Addax.

The Nigerian government would not have had a leg to stand on if the revocation had held sway with respect to the adherence to the rule of law and by poor disposition towards contractual matters which the Buhari administration has been making an effort to correct.

Under the bilateral relations Nigeria enjoys with the Peoples Republic of China, the owner of Addax Petroleum, would have suffered immeasurably.

China, unarguably the world’s largest economy, is playing an important role in Nigeria’s current development strides including rail, roads and other infrastructure.

Nigeria’s crude is also being patronized by China apart from other financial interventions in the form of loans in the wake of COVID-19 racked economy.

“Abe has, no doubt, overstepped his bounds and also crossed the lines of decency and protocol, said a former oil and gas unionist.

“How can he an appointee of President Buhari come out to attack him and suggest that he (Buhari) was deceived into cancelling the illegal revocation of Oil Mining License (OML) 123, 124, 126 and 137 belonging to Addax.

“Abe backed his trenchant, unfounded position by querying whether it was Addax, allegedly accused of tax fraud and abandoned its Nigerian investments for over 10 years, or the DPR that tried to hold them to account that should be held responsible for deceiving the president,’’ the former  unionist, who preferred not to be identified, said.

It could be recalled that on March 30, DPR revoked the four Addax licenses over alleged poor development of the assets. The PSCs consists of Oil Mining License (OML) 123, 124, 126 and 137. Sarki Auwalu, DPR director, had claimed that over 50 percent of the assets were underdeveloped, which he said cost the government lost revenue.

But on Friday, April 23 2021, President Buhari gave an executive order for the restoration of the leases on OMLs 123, 124, 126 and 137 to the NNPC which is in Production Sharing Contract (PSC) with Addax Petroleum.

Presidential spokesman Garba Shehu said: “The restoration of the OMLs to Addax Petroleum was in line with the current administration’s commitment to the rule of law, fairness and enabling a stable business climate for investment.

The CEO of a Lagos-based oil and gas consultancy firm, also said Sen. Abe was wrong for attacking NNPC that it was not in its place to either award or revoke oil mining licences that it is within the purview of DPR to revoke or allocate oil blocks.

“As far as I am concerned, the DPR exceeded its mandate to have terminated the Addax/NNPC contract.

“He is a board member of NNPC and he should not be seen to be at cross-purposes with the corporation.

“I think he has gone beyond his brief; he is to identify with the vision and decisions of the board and management of the corporation,’’ he said.

An industry player, Mr Joe Okeke, said the president had acted in good faith and in the national interest to save the country from litigation and international embarrassment.

“Buhari’s intervention in annulling the revocation is in order,’’ he said.

Abe had recently chaired a Presidential inter-ministerial committee set up which was convened by the Chief of Staff to the President, Prof. Ibrahim Gambari.

The Abe-led Committee on Compensatory Contracts and other incentives for Kaztec Engineering Limited had claimed that $1 billion had been invested in the contract but that Addax Petroleum called it off over an issue that was totally unrelated to the project.

The committee alleged that the action had sent more than 3,000 Nigerians into the unemployment market which amounts to giving a dog a bad name to hang it.

The DPR appointed a team to evaluate the “revoked assets” of Addax Petroleum.

DPR’s spokesperson, Paul Osu subsequently told Nigerians that “DPR had recently revoked the four assets of Addax Petroleum Exploration Nigeria Ltd., namely OMLs 123, 124, 126 and 137 due to the non-development of the assets by the company.”

He said a team of experts will evaluate the current status (As-is) of the revoked assets, including liabilities post revocation, in order to facilitate takeover of the assets by the new operators – Kaztech/Slavic Consortium.

But for the President’s swift intervention, the deal would have scaled through.

Clause 19 of the Addax Production Sharing Contract clearly spells out the ground for the Termination of the PSC by the Concessionaire (NNPC) and this is predicated on four specified premises which were not breached.

PSC is a contract between the Concessionaire (NNPC) and the contractor (Addax) and therefore, the regulator, DPR is not a party.

In a recent speculative media report titled, “Petroleum Minister, Cronies Plot Kangaroo NNPC Report to Divert $650 million Oil Contracts to Themselves’’, Abe had debunked his alleged involvement in the so-called $650 oil contract scam, insisting that it only exists in the imagination of those interested in ripping off Nigeria.

Promising to continue to “defend Nigeria’s interest’’, Abe had in a statement personally signed, he alleged that the “report was designed to create the impression of a major scandal and arm-twist the Federal Government in the recent attempt to revoke some oil blocks from Addax petroleum.’’ 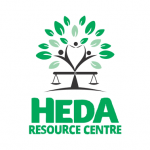