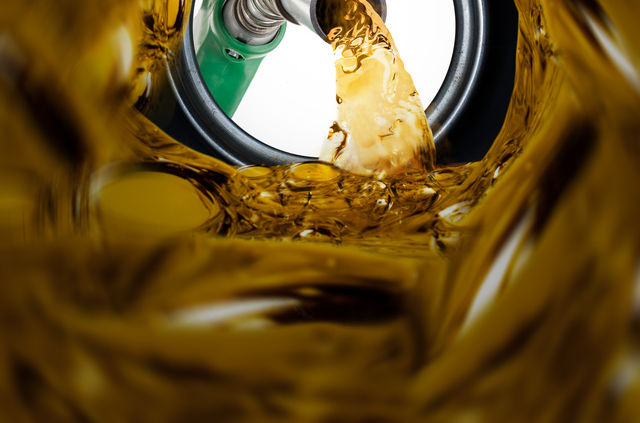 With the COVID-19 racked economy foisted on the nation in 2020 and the dwindling accruable revenue into the Federation Account, the government had given the Federal Ministry of Petroleum and the Nigerian National Petroleum Corporation (NNPC) the carte blanche to carry out the much needed reforms in the sector and take the country out of the woods it had been for decades.
It has been a chaotic failure for decades tinkering with prices of petroleum products particularly petrol and oftentimes resulting in labour crisis and violent citizens’ protest. It was a ritual for previous governments including the military to usher the people into a new year on the first day with new price regime, triggering inflation and prices of services and commodities in the economy.

With the coming on board of President Muhammadu Buhari in 2015 arming himself with the Ministry of Petroleum portfolio being assisted by Dr Ibe Kachuckwu as Minister of State, the pump price of petrol was raised from the N87 it inherited from the ex-President Goodluck Jonathan to N145.

It is, however, noteworthy that the late Yar’Adua was the only president who did not increase pump price. Instead, he reduced it from N75 to N65.

It is instructive to note that the strategic increase is part of pragmatic efforts to remove completely the subsidy which the government said had cost the nation trillions of naira.
The question of subsidy and the resolve of the Buhari administration to end the corruption were broached in 2020 by some top government officials thereby setting it as a national agenda.

The vexed issue of subsidy had over the years constituted a drain on the nation’s finances.

From 2009 to 2011 alone, over N3 trillion was spent on fuel subsidy by the government, according to the Nigerian Extractive Industries Transparency Initiative (NEITI) audit report obtained by Persecondnews.
The figure for 2011 to date, though unavailable, it must be staggering and amazing.

The authorities, technocrats and economic experts say the trillions of naira that subsidy had gulped would have been channeled into other critical sectors of the economy for national development such as road infrastructure, health care system, education and housing.
Details of the NEITI report shows petrol subsidy payment increased by 71 per cent from N406 billion in 2009 to N695 billion in 2010, and by 174 per cent to N1.9 trillion in 2011.

The report said while the Office of the Accountant-General of the Federation said about N2.83 trillion was paid as fuel subsidy for the period, the Petroleum Products Pricing Agency (PPPRA), the government agency that monitors and regulates petroleum product prices, claimed about N3.002trillion was approved for payment to marketers and the NNPC.

The figures from both agencies showed a disparity of about N175.9 billion in the claims of payment for fuel subsidy for the period.

Tecnocrats had canvassed a strong position for the deregulation of the downstream sector of the oil and gas industry, saying it will ensure competition, increase investment in the refining business and facilitate exponential growth in the nation’s refining capacity.

They want a deeper and more focused collaboration among downstream petroleum sector players across Africa to provide solutions to the challenges posed by the supply of substandard fuels to consumers.

They traced the genesis of petrol subsidy to the 1970s, noting that the idea of petroleum products price stabilization had led to the introduction of fuel subsidy which they insisted was noble, but that it had become a “huge financial burden’’ on the nation over the years.

“The decision by the government to remove subsidy and deregulate the downstream sector of the petroleum industry in March 2020, is to help free up fund for infrastructural development in the industry.

“Deregulation policy which will allow the market forces of demand and supply of petroleum products to dictate prices will help eliminate market distortion, foster competition between operators, get more private sector players to build refineries in the country and promote efficiency across the entire fuel value chain,’’Persecondnews quotes a key player in the sector, who did not want to be named as saying.

One of the germane issues thrown up is how make high quality petroleum products available in the country without importation and the solution of course, is a “holistic rehabilitation’’ of the four refineries in Port Harcourt, Warri and Kaduna.

While awaiting the long-over due rehabilitation of the old refineries built in the 1970s and 80s, there is an urgent need for the government to give legal teeth to its plan as announced by Vice-President Yemi Osinbajo to collaborate with relevant private sector operators and investors to establish modular and condensate refineries in strategic locations in the country particularly in the Niger Delta.

Also revamping petroleum products storage depots and associated pipeline infrastructure is key to optimal operations of the refineries and of course.

Commenting on the future of the downstream sector of the petroleum industry in Nigeria and on the African continent, the technocrat stated: “The future is looking bright with attractive market conditions, large market, significant crude distillation capacity additions from various refinery projects, improvement of the distribution network and the use of natural gas.

Again stakeholders are unanimous on the planned reform of the sector as they have continued to highlight the likely gains of deregulating the downstream oil sector which includes but not limited to economic growth and national development.

The authorities, consumers of the products and strategic stakeholders have come the conclusion that it is unrealistic to continue to subsidize PMS.

An economic expert, Mr Olukunle Olofin said: “It has become expedient for the Ministry of Petroleum to explain misconceptions around the issue of petroleum products deregulation.

“After a thorough examination of the economics of subsidizing PMS for domestic consumption, the government concluded that it was unrealistic to continue with the burden of subsidizing PMS to the tune of trillions of naira every year.

“Moreso, when the subsidy was benefiting in large part the rich rather than the poor and ordinary Nigerians.

One assurance the government and players in the industry owe Nigerians is that government would continue to play its traditional role of regulation to ensure that this strategic commodity was not priced arbitrarily by private sector suppliers.

A regulatory function not unlike the role played by the Central Bank of Nigeria in the banking sector by ensuring that commercial banks do not charge arbitrary interest rates.

Petroleum Products are refined from Crude Oil. Therefore the price of Crude (the feedstock) for the refining process will affect the price of the refined product.

A government official says: “This is a necessary action taken by a responsible government in the overall interest of Nigerians. Indeed, one of the reasons we have been unable to attract the level of investments we desire into the refining sector has been the burden of fuel subsidy.

“We need to free up that investment space so that what happened in the Banking Sector, Aviation Sector and other Sectors can happen in the Midstream and Downstream Oil Sector.

“We can no longer avoid the inevitable and expect the impossible to continue. There was no time government promised to reduce pump price and keep it permanently low.

“Let us therefore ignore the antics of unscrupulous middlemen who would want status quo ante to remain at the expense of the generality of Nigerians.’’

As part of measures to relieve Nigerians of the likely impact of higher PMS pump price, the government has announced plans to roll out the auto-gas scheme which will provide Nigerians an alternative sources of fuel and at a lower cost.

Observably, leaving the pump price to the vagaries of crude oil price volatility will definitely hurt Nigerians and the economy as the commodity may be sold as high as N200 per litre or more in future.

However, there are some challenges on the road to downstream oil deregulation such as inappropriate product pricing, bridging product supply, insecurity, irregular gas supply, pipeline vandalism, inadequate pipeline infrastructure, non-functional refineries.
Also the Petroleum Industry Bill (PIB) which has been dumped in the National Assembly for more than 10 years is the neglected roadmap to the sector as it would go a long way in addressing the challenges.

Persecondnews also gathered from relevant stakeholders it will bring about the necessary reforms and put the nation’s oil industry on an even keel. The resuscitated bill from the previous assemblies, it is believed, takes cognizance of the fact that Crude oil dominates the nation’s economy with about 90 per cent export earnings.

As a matter-of-factly, Nigeria has the largest oil and gas reserves in sub-Saharan Africa with an estimated 37 billion barrels of oil and 188 trillion cubic feet of gas but the industry has been dogged by corruption, sabotage, pipeline oil theft and poor leadership resulting in loss of billions of dollar revenue.

Likely changes expected in the new bill are the selling of shares in the NNPC, the replacement of regulatory bodies, and the reduction and streamlining of royalties.

The PIB will also raise the compensation payable by oil companies to the oil-producing communities, facilitate environmental cleanups, and introduce new dispute-resolution mechanisms between government and oil companies.

It will see the setting up a midstream government infrastructure fund, promote transparency in the sector, and attract foreign investment into the industry.

As the nation awaits the passage of PIB with bated breath going by the cast iron assurance of the current leadership of the 9th National Assembly inaugurated on June 11, 2019 , however, industry watchers believe that the government should continue to ensure that the commodity is not priced arbitrarily by private sector suppliers while at the same time ensure a good return on investment for investors both for the landing and operational costs.

Mrs Igwe is a media executive and expert in African Economic Development. 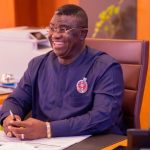 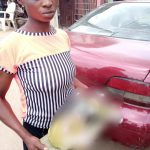