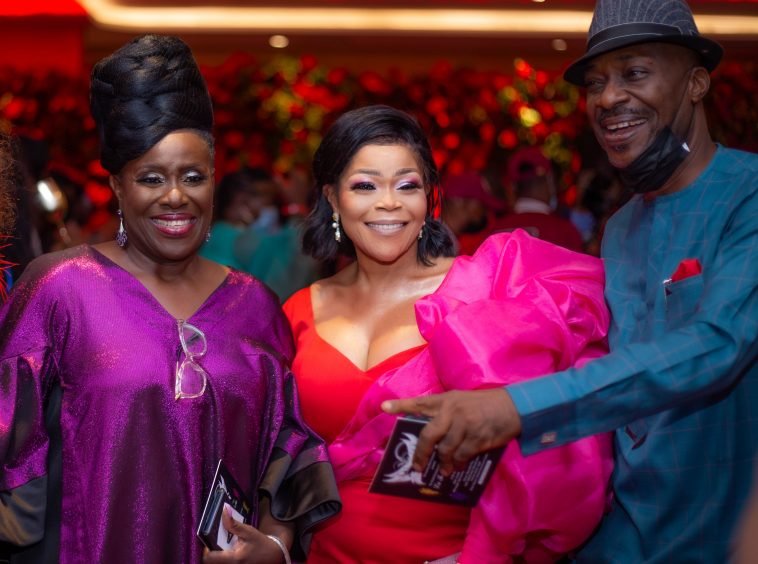 Mildred Okwo’s La Femme Anjola, a 2021 neo-noir film about a stockbroker who falls in love with an enigmatic club singer and ends up biting a lot more than he can chew hits the cinemas on Friday, March 19.

The film which was  written by  Tunde Babalola, directed by Mildred Okwo and produced by Okwo and her business partner at The Audrey Silva Company, Rita Dominic was premiered at the Ebony Life Place, Victoria Island, Lagos.  Dignitaries at the premiere include: British Deputy High Commissioner, Lagos Mr Ben Llewellyn-Jones with his wife, Laura; Consul General of the Republic of South Africa to Nigeria, H. E Darkey Africa, Consul General of Cameroon to Nigeria, H.E Bessem Manga alongside many Nollywood practitioners.

Here are five reasons you absolutely have to watch La Femme Anjola.

The Nigerian film industry has been hyper focused on making opulent comedies for a while now, with a few exceptions. La Femme Anjola offers you a deeper story with a thrilling journey full of twists. With a production process that spanned five years, it’s a story that sticks with you.

As the director said in an Instagram Live chat last week, “We worked hard to give Nigerians a great story because it had to be gold standard. Africa is lagging behind and we need to catch up with the rest of the world in terms of storytelling. That’s what motivates me.”

La Femme Anjola shows Rita Dominic like you’ve never seen her before. Admittedly quite the undertaking for her, Dominic’s character is a complex and mysterious one on whom the entire story hinges and is named after.

Describing her experience playing Anjola, Dominic said, “For me, I like a character that scares me and she did that when I read the script. I connected with it on a very deep level. It was like I was lending my body to this Anjola woman to use as a vessel to tell the world her story,” she said.

The story stood out so much to Dominic that she and the director purchased it together. She described it as “the one story she wanted to out her name on”. Playing Anjola who is as unpredictable as her hair colour, Dominic summed up the experience as “intense”.

This movie makes it hard for you to know who to root for because the male and female leads straddle the lines of victim and villain so well. Their backstories and motivations make for grey areas and very flawed and unpredictable characters.

Masterfully written by Tunde Babalola, the lack of cut-and-dry good and bad people makes La Femme Anjola something of a conversation starter. It doesn’t have any of the moralist ideals with “lessons to learn”. Instead, it questions whether anyone is truly innocent.

After a tiring search for a leading man, director Mildred Okwo found Nonso Bassey by chance on Twitter and gave him a shot. It was a match made in heaven as Bassey had immediate chemistry with Rita Dominic and embodied his character to the T. And to prepare for this huge role, Bassey had to study a lot.

“I studied saxophonists and their body language; how they stand and behave when they’re playing and not playing. I learned to play a few songs that were in the film.”

“I also had to shadow a few stockbrokers and how they behave. I watched a few films like The Wolf of Wall Street. The idea was to learn how these people behave and marry the two. It was a lot of research, now that I think about it.”

The Meeting is a 2012 comedy drama that became a fan favourite. Despite the stark differences in genre and tone, La Femme Anjola and The Meeting have quite a lot in common; both were written by Tunde Babalola, directed by Mildred Okwo, produced by Rita Dominic, and star Rita Dominic and Femi Jacobs. You can check it out to see these amazing talents make magic again.

La Femme Anjola hit theatres on March 19. Be sure to check it out. 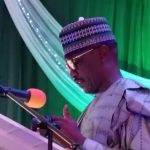 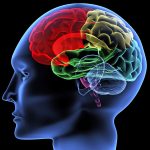