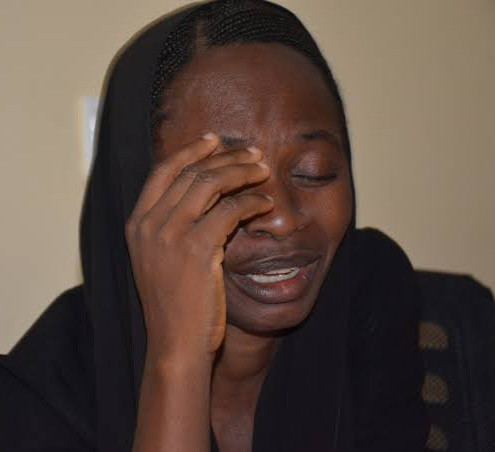 Miss Yugh
By Ajuma Edwina Ameh
A woman, Serah Shimenenge Yugh, has undergone a mastectomy on her left breast after being misdiagnosed with breast cancer.
The Benue State University Teaching Hospital (BSUTH), Makurdi, diagnosed Miss Yugh with Stage I invasive ductal carcinoma of the left breast at age of 33, on August 21, 2017.
However, after eight sessions of chemotherapy, 25 rounds of radiotherapy and a single mastectomy on her left breast, Yugh has been depressed since learning she did not have cancer and her breast should not have been removed.
Her plight began when she self-examined her breasts in 2017, and felt a tiny lump on her left breast which bothered her that she first went to the Federal Medical Centre, Makurdi, before going to BSUTH.
Persecondnews gathered that the hospital carried out three tests on Miss Yugh, and while she was awaiting the result of the third test, the hospital went on an industrial strike in September 2017 and by the time the strike was called off in January 2018, she had undergone five rounds of chemotherapy.
Her doctor, Dr. Stephen Atokolo, had urged her to do a mastectomy to quickly stop the spread of the “cancer”, which she obliged.
Miss Yugh reportedly underwent radiotherapy for six months and also had her surgery done at the National Hospital Abuja, based on the suggestion from her Doctor at BSUTH that she gets a mastectomy quickly.
When the strike was finally called off and Yugh got the result of some of her tests, she went to The National Hospital Abuja and there, her oncologist pointed out the discrepancies in the results she presented.
The third test result showed the histopathology diagnosis was Fibroadenoma and not cancer.
Fibroadenoma is a non-cancerous tumor in the breast, that most often occurs in young women.
Oncologists at the National Hospital Abuja requested for the immunohistochemistry test which she paid for at BSUTH in 2017, but efforts to get the test results proved abortive as BSUTH kept sending her on a hopeless search for about two years.
This made Miss Yugh opt to do another test and when the result came out in 2019, the diagnosis read: “Breast tissue – no residual malignant tumour is seen!”
In August 2020, the Department of Histopathology of the National Hospital, Abuja, sent a request to the Chief Medical Director of BSUTH for the tissue block, which Benue State University Teaching Hospital said contained cancer, but no response was received.
“Before I knew what was happening, the H.O.D, Dr. Raymond, called my uncle telling him that it was an error. I told him, I am the victim here. When you were telling me I had cancer, did you call my uncle? she said.
Miss Yugh got to know she had been misdiagnosed at a meeting set up between Dr. Raymond and her uncle, a revelation which made her demand to see the Chief Medical Director.
At the meeting set up to discuss her misdiagnosis, Serah asked that the Benue State University Teaching Hospital to write a letter to her doctor at the National Hospital, Abuja, indicating that they made an error and therefore she should stop treatment.
According to her, no letter was written, adding that even though the doctors have verbally acknowledged they made an error, it’s not been documented officially.
“When they told me I had cancer it didn’t affect me this much. But it’s the battle of fighting the error, that has taken more from me. When I think about it, eating becomes a problem.”
At a meeting with Dr Raymond Vhriterhire, the former Head of Department of Histopathology, and Dr Joseph Ngbea, who was newly appointed as Commissioner for Health, Benue State, Miss Yugh was offered a breast reconstruction and a job, but she rejected both.
She demanded to know why they had not yet given her the immunohistochemistry test, and asked how she would cope with the side effects of the chemotherapy, radiotherapy and drugs she was taking.
According to her, the offers made by the hospital came across to her as a ploy to silence her from asking questions; questions she had been asking since September 2017 when a mastectomy was performed on her.
“I don’t want others to fall victim because I know it will not end just with me alone.”
Even though she fears for her life and the repercussion her speaking up might bring to her, she wants an official apology from the Benue State University Teaching Hospital.
SHARE THIS ARTICLE 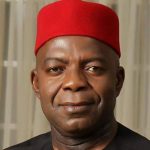 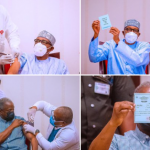