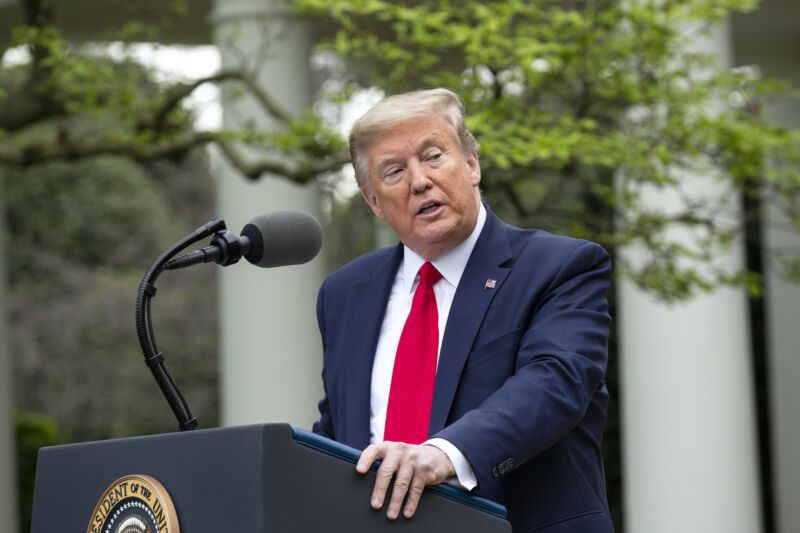 U.S. President Donald Trump speaks during a news conference in the Rose Garden of the White House in Washington D.C., U.S. on Tuesday, April 14, 2020. Trump said he instructed his administration to temporarily halt funding to the World Health Organization, following up his claims that the international body has failed to share information about the coronavirus pandemic. Photographer: Stefani Reynolds/CNP/Bloomberg

After a disgraceful protest by his supporters against democracy and Mr Joe Biden’s popular mandate as U.S. 46th President, outgoing President Donald Trump has finally budged to allow an “orderly transition” of power to the president-elect.

Persecondnews reports that the ghastly truth and reality has now dawned on him that his tenure at the White House will come to an end on Jan. 19.

Trump has been reeling from defeat since lost to former Vice-President Biden in November 2020 polls.

To this end, Trump has promised that there would be an “orderly transition” of power.

The President spoke after his efforts to overturn the Nov. 3 election have come to naught with the global community condemning the violence by his supporters at the U.S. Capitol.

In a statement tweeted by White House Deputy Chief of Staff Dan Scavino following the news, Trump said: “Even though I totally disagree with the outcome of the election, and the facts bear me out, nevertheless, there will be an orderly transition on January 20th.

“I have always said we would continue our fight to ensure that only legal votes were counted. While this represents the end of the greatest first term in presidential history, it’s only the beginning of our fight to Make America Great Again!”

This is the first time Trump has publicly accepted Biden’s victory and agreed to a peaceful transfer of power, minutes after the certification of the victory of Joe Biden by the US Congress.

Hours after a pro-Trump mob broke into the U.S. Capitol to protest the results of the 2020 election, congressional tellers have ascertained Joe Biden and Kamala Harris have won.

The announcement was made by Minnesota Sen. Amy Klobuchar at 3:39 a.m. Thursday.

Outgoing Vice-President Mike Pence then repeated the totals at 3:40 a.m., first for president, then for vice president.

Biden will take President Donald Trump’s place in the White House on Jan. 20.

Rep. Louie Gohmert and other House Republicans attempted to object to Wisconsin but did not have a senator join the objection. Gohmert said a senator withdrew his objection.

Washington DC authorities said four people died during the rioting, including one who was shot by police and three others who suffered medical emergencies, and 52 were arrested in the violence by Trump’s supporters. 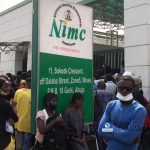