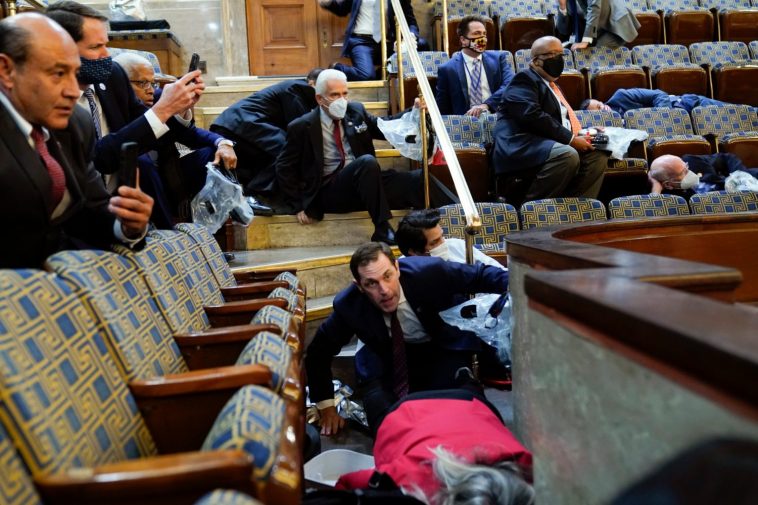 People shelter in the House gallery as protesters try to break into the House Chamber at the U.S. Capitol on Wednesday, Jan. 6, 2021, in Washington. (AP Photo/Andrew Harnik)

     
‌
Washington, DC, will be under a 6:00 p.m. curfew tonight, Mayor Muriel Bowser announced in a tweeted statement.

The Electoral College certification vote has been paused after protesters incited by Trump breached the Capitol building.

“During the hours of the curfew, no person, other than persons designated by the Mayor, shall walk, bike, run, loiter, stand, or motor by car or other mode of transport” within the district, the statement said.

 
The US House and Senate were forced into emergency recess on Wednesday after protesters supportive of outgoing President Donald Trump breached security cordons and entered the Capitol building after clashing with police.

“Without objection the chair declares the House in recess,” congressman Jim McGovern said, banging down the gavel as loud shouts and disturbances could be heard in the public galleries in the chamber.

‌
Officials at the US Capitol declared a lockdown, and lawmakers said on Twitter that they were sheltering in place in their offices, as protesters — some of them holding Trump flags — were seen walking through the building. 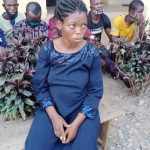 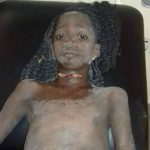