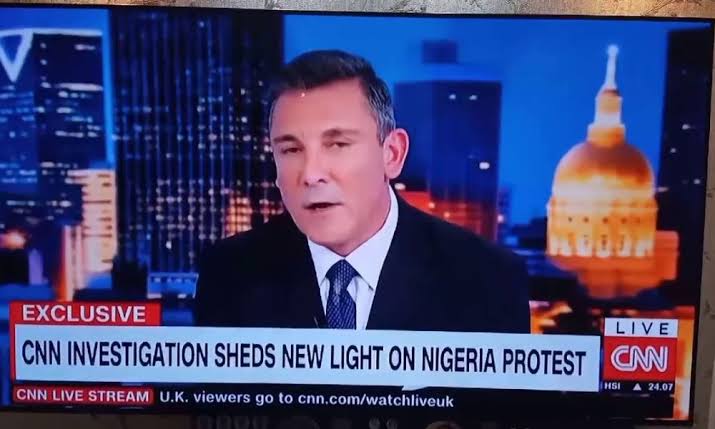 Controverting the claims of Lagos State Gov. Babajide Sanwo-Olu and the Nigeria Army chiefs downplaying the October 20 shootings at the Lekki Toll Plaza, the Cable News Network (CNN) on Wednesday released a report putting them on the spot.

In spite of some evidence confirming a fatal military crackdown on the peaceful #EndSARS protesters at the plaza akin to the January 2012 Occupy Nigeria petrol price increase protest in Lagos led by the All Progressives Congress, pro-democracy groups and labour unions against the government of President Goodluck Jonathan.

Persecondnews recalls that the slogan of the protest with several musicians on the bandstand which lasted about a week, was:“Say No to fuel subsidy removal’’,  “Jonathan should resign’’ etc.

The government did not, however, apply force to dislodge them from the Gani Fawehinmi Memorial Park at Ojota on the Ikorodu-Western Avenue-Lagos Island Expressway.

However, the CNN report (five-minute video) detailing the events before and after the shooting incident, has already sparked outrage from Nigerians.

Sanwo-Olu had earlier said that “only one person’’ died from the shooting and then recanted during an interview with CNN two weeks ago to say that two persons died but that “there was no scratch of blood at the scene of the incident”.

Last weekend, the Nigeria Army had also told the Lagos Judicial Panel that its men only “fired blank bullets’’ at the protesters, insisting that it was not capable of killing anyone, except to inflict minor injury.

From CNN multiple videos, a timeline has been pieced together showing that shooting by the Army lasted from 6.43 p.m. to 8.24 p.m.

The timeline — Elisha Sunday Ibanga, brother to one of the victims, Victor Sunday Ibanga, said he received a call on his brother’s phone number in the early hours of October 21 to say that he had been shot dead at the Lekki Toll Gate where he joined other protesters for the #EndSARS protests.

He said he rushed to the hospital where those wounded from the shooting were taken to, but he didn’t see his brother.

“The person told me that the police took his body away,” Ibanga, 24, told CNN.

An eyewitness to Victor Sunday Ibanga’s death told CNN the 27-year-old entrepreneur was shot in the head during the protest.

CNN has obtained and geo-located a photograph of Victor’s body lying in a pool of blood and wrapped in the white and green of the Nigerian standard — one of the same flags gripped by fellow protesters earlier in the evening as they sang the country’s national anthem.

Ibanga confirmed the photograph was his brother.

The Ibangas are one of several families yet to locate the bodies of their missing loved ones — protestors at the toll gate — who dozens of eyewitnesses say were shot at, first by members of the Nigerian army and then hours later by police.

Eyewitnesses told CNN they saw the army remove a number of bodies from the scene.

Celebrity Disk Jockey, DJ Switch who had live streamed the incident via her instagram page, had also come under fire from several quarters, prompting her to flee the country.

Speaking to CNN, DJ Switch said the protesters lifted bodies with bullet wounds and put them at the soldiers’ feet.

“I said, why are you killing us? Why are you doing this,” she said. “He expressly told me: ‘I am acting on orders from above.’”

CNN has verified that bullets fired at Lekki toll gate are from live ammunition. This one was manufactured in Serbia in 2005, and is currently in use by the Nigerian army.

And working with the Balkan Investigative Reporting Network, CNN has established that several of the bullets from the Lekki toll gate originated from Serbia. Export documents CNN has seen show that Nigeria purchased weaponry from Serbia almost every year between 2005 and 2016.

Reacting to the CNN report, Convener of #RevolutionNow, Omoyele Sowore said it was an eye opener for those who had consistently insisted that nobody died from the incident.

“#EndSAR To those without conscience who kept claiming nobody died at #LekkiMassaccre, #Lekkilies are falling apart like a pack of cards! Next they will go after @CNN but what does it matter?” Sowore said.

@TopeAkinyode said, “CNN’s detailed documentary has shown that the Nigerian army actually opened fire on peaceful protesters at the Lekki toll gate leading to the death & injury of many contrary to the denial of lying machines – Gov. Jide Sanwo-Olu & the army. #LekkiMassaccre”

@DannyWalta said, “I’m shocked at all the Video evidences CNN put together. So all these Videos are available and the Nigerian Army with NBC made sure the media houses never showed them. Wow! Thank God for the Internet!#LekkiMassaccre”

Broadcaster, @SEzekwesili wrote, “Tag all the motherfuckers who said nobody died. This is an exclusive investigation conducted by the CNN. If you spend your data on nothing else today, let it be this.”

@Chief_ire said, “I’m waiting for Femi Adeshina and Sanwoolu to reply to the CNN video. Let’s hear what they’ll say this time.” 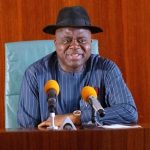