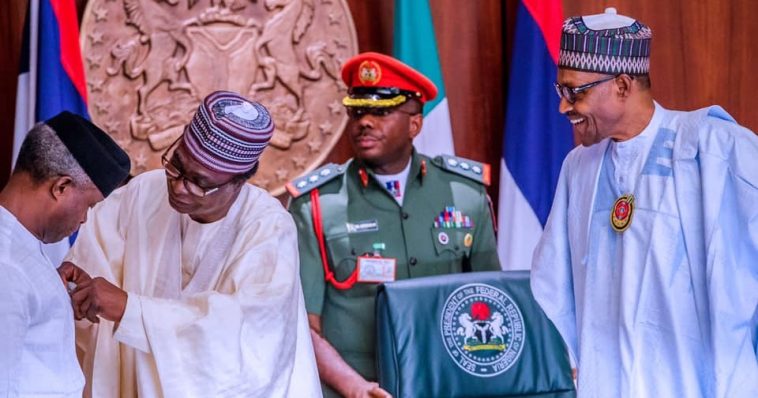 The brief unveiling took place at the Council Chamber of the State House, Abuja, before the commencement of the the 21st virtual Federal Executive Council (FEC) meeting.

The ceremony was witnessed by the Vice-President Yemi Osinbajo, Senate President Ahmed Lawan and Speaker,  House of Representatives, Mr Femi Gbajabiamila and Dean of the Diplomatic Corps.

Also present are the Secretary to the Government of the Federation, Mr Boss Mustapha, National Security Adviser (NSA), retired Maj.-Gen. Babagana Mungonu, the Head of Service of the Federation, Dr. Folasade Yemi-Esan as well as Ministers of Information and Culture, Lai Mohammed and that of Defence, retired Maj. -Gen. Bashir Salihi Magashi.

He noted that the event is to remember  the nation’s fallen heros and veterans as well as and those currently engaged in fighting insurgency and banditry in the northern parts of the country.

He commended the gallant soldiers, who despite the impact of COVID-19  have remained steadfast in keeping the nation one and promised timely releases of resources for operations and welfare of the armed forces.

The President also assured Nigerians that security would continue to be the priority of his administration until peace returns.

Also at the event, Buhari administered oath of office on Alhaji Isa Kwarra, as the Chairman of National Population Commission and members.

The Head of Service of the Federation, Dr. Folasade Yemi-Esan and other ministers  are participating in the council meeting from their various offices in Abuja. 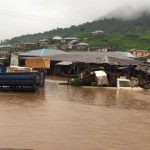