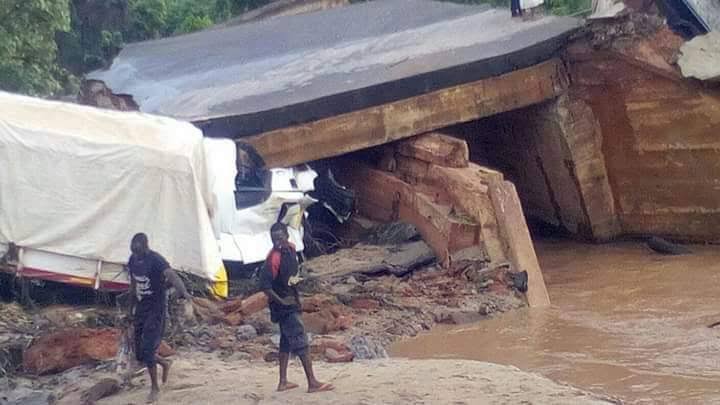 Following the of collapse of two bridges on Minna-Bida and Bida-Wushishi-Zugeru roads, Niger State Gov. Abubakar Bello has told President Muhammadu Buhari that his people are “living in hell’.

Bello,who said this at a meeting with Buhari at the Presidential Villa, Abuja on Friday, told State House correspondents

that he was at the presidential villa, Abuja, to seek urgent intervention to alleviate the sufferings of his people.

He said the poor state of federal roads had made life difficult and miserable for commuters and threatening to cut them off from the rest of the country.

The state has recently experienced failed sections of roads and devastating effects of floods.

Bello also lamented that floods had destroyed acres of crops particularly sugar plantations for which he is now seeking the President’s assistance to  provide succor for  affected farmers.

“At the moment, we are facing difficult times because the rains are quite heavy, most sections of the road have failed completely and there is need to have some quick intervention to ease the difficulties being experienced by motorists in highways.

” So I took time to brief Mr. President on what is happening and what I think can be done in the interim to address some of these issues.

“You will recall that about two weeks ago we had a meeting chaired by the Chief of Staff with the Minister of Works, the GMD of the NNPC, the Director-General of Department of State Service and the Inspector General of Police with regard to the closure of Minna/Bida road.

“We were forced to close Mina/Bida road because the contractor on site had complained that the work in progress was very slow as a result of heavy movement of trucks on that road.

“As you are aware that road was built for light vehicles. So, we were forced to shut down Minna/Bida road.

“Eventually we had to open it so that we don’t create hardship to other parts of the country especially the Northern states.

“But at the moment as at today, we have two failed sections of Minna/Bida road and one failed section of Minna/Tegna road which has brought about the complete blockage of that road.

“So, something needs to be done immediately to provide for alternative route between South West and Northern parts of the states. We have a major trunk ‘A’ one road which is the Jabba-Mokwa-Kagara-Tegna-Pandogri-Kaduna road.

“I hope attention would be given to that road so that we divert most of the trailers to that road. There is also an alternative route which is the Mokwa-Bida-Lapai-Lambata road. That will also provide alternative to Minna-Bida road.

“So, overall, that has been the main point of our discussion. We touched on flood briefly. I believe in the next few weeks, we may have some reliefs when it comes to flood.”

“At the moment, we have over 150 communities under water in Niger State, thousands of hectares of land have been displaced by flood. Major investments like the Sunti Sugar is completely under water. They have lost over 2,500 hacters of Sugar Cane Plantation. And vast majority of the facility itself is under water.

“It is unfortunate it has happened, but I pray we will be able to get some quick intervention from the Federal Government so that we can support our local farmers that have lost their livelihood due to floods,” the governor said.

On the President’s response to his request, Bello said:  “The President believes more in action, he doesn’t talk too much, I think from his countenance I can say that he felt bad especially for Niger State. We are shouldering all the weight, every cargo from South West passes through Minna specifically.

“At the moment we are going through hell in Niger State. So, I believe something will be done.” 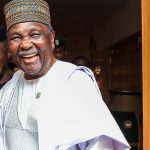