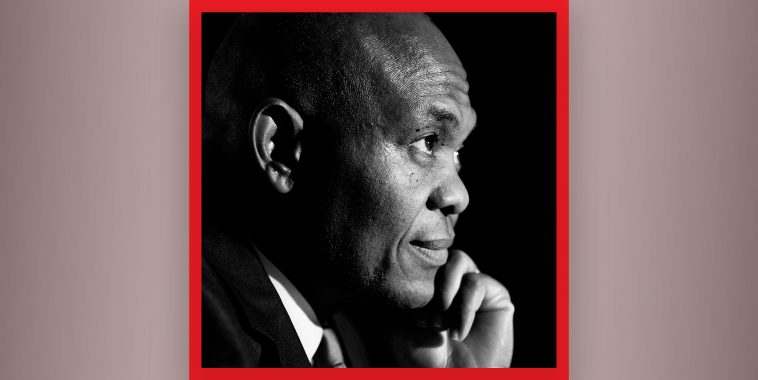 African investor, philanthropist and Chairman of UBA, Tony O. Elumelu, an accomplished physician, Dr Tunji Funsho and Tomi Adeyemi, a bestselling novelist and creative writing coach, all Nigerians, are among the four Africans who have been listed by TIME magazine’s ‘100 Most Influential People 2020.

The list, now in its seventeenth year, recognizes the activism, innovation and achievement of the world’s most influential individuals, according to a report monitored by Persecondnews.

Elumelu is recognised for his track record of business turnaround and value creation, and economic empowerment of young Africans.

Asides being chairman of UBA Group and Transcorp, Elumelu is the founder and chairman of Heirs Holdings, his family-owned investment company, committed to improving lives and transforming Africa, through long-term investments in strategic sectors of the African economy including financial services, hospitality, power, energy and healthcare.

Reputed as a champion of entrepreneurship in Africa, Elumelu in 2010 created The Tony Elumelu Foundation (TEF) to empower a new generation of African entrepreneurs. Since inception, the foundation has funded just under 10,000 entrepreneurs and created a digital ecosystem of over one million as part of its 10-year $100 million commitment through the TEF Entrepreneurship Programme.

Heirs Holdings, which serves as a corporate role model for African businesses, and the TEF will both celebrate 10 years of impact in November. Their mission continues to be inspired by Elumelu’s economic philosophy of Africapitalism, which positions the private sector, and most importantly entrepreneurs, as the catalyst for the social and economic development of the continent.

Aliko Dangote, Africa’s richest man and the president of Dangote Industries Ltd, in his remarks, described Elumelu has a leading proponent of “Africapitalism,” a belief that Africa’s private sector can and must play a leading role in the continent’s development through long-term investments, as well as entrepreneurship and regional connectivity.”

Funsho, a former cardiologist based in Lagos and now the chairman of Rotary International’s polio-­eradication program in Nigeria is recognized for his essential role in ensuring Africa’s certification as wild polio-free in August 2020. He is the first Rotary member to receive this honour.

“I’m honored to be recognized by TIME for my part in ensuring that no child in Africa will ever again be paralyzed by wild polio, a disease that once disabled 75,000 African children every single year,” said Funsho.

“Eradicating the wild poliovirus in Africa was a team effort that required the cooperation and dedication of governments, partners, Rotary members, hundreds of thousands of health workers, and countless parents who chose to have their children vaccinated against polio.”

As the leader of Rotary’s Nigeria National PolioPlus Committee, Funsho has worked alongside Rotary members throughout the country to raise awareness about the importance of polio immunization, encouraged governments and public figures to support polio eradication, and served as a vocal leader and advocate for Rotary’s fight to end polio in Africa.

As a member of Nigeria’s Presidential Task Force on Polio, he has coordinated immunization and advocacy campaigns with the Minister of State for Health and the Inter-Agency Coordination Committee for Polio Eradication.

He has also worked closely with the Sir Emeka Offor Foundation, the Dangote Foundation, the Traditional Leaders Council and the Federation of Muslim Women’s Association of Nigeria.

On 25 August, the African region was certified wild polio-free. This historic announcement means that five of the WHO’s six regions, representing more than 90 percent of the world’s population, are now free of the wild poliovirus. The virus is now endemic in just two countries, Afghanistan and Pakistan.

Nigerian-British actor, John Boyega in his remarks described Tomi as the god of ideas. “She’s inspiring a lot of young people to write.

“She creates the very world that we as actors get to play in. And the big-screen adaptation will hire a lot of people and bring more representation to our industry—all that comes directly from Tomi’s imagination. She is going to be very powerful when it comes to bringing stories and ideas to the forefront.” 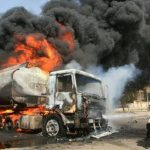