The Development Goals have an intrinsic relationship to peace and stability. Without peace, all other goals—from focusing on youth, unemployment and women’s needs, to addressing climate change and water, energy and food security—will be impossible to achieve.

President Muhammadu Buhari on Monday at the Fifth Kaduna Economic and Investment Summit, urged indigenes of the State to cooperate with the government and security agencies to secure “peace and harmony in the state.”

“We must live together as brothers and sisters because without peace, development cannot take place, the president said at the virtual opening of the Summit, with the theme KADInvest 5.0, Infrastructure, Industrialisation and Innovation, urged the people to live like brothers and sisters.

According to him, development will only take place when energies are collectively channelled to building, instead of destruction of lives and property.

“I wish to commend the efforts of the Kaduna State Government to establish its credentials as one of the new investment destinations of choice in Nigeria. These efforts have received just recognition in the response of the business community which has put in new investments in the state.

“This is a further affirmation of the ranking of the state as Number One for Ease of Doing Business by the World Bank’s Doing Business Report 2018. I call on the Kaduna State Government to keep up these laudable efforts and surpass the impressive results already attained,” he said.

President Buhari noted that the success of state governments in attracting investments, creating jobs and increasing their internally generated revenues would be critical to the development of the entire country.

“Therefore, I am impressed that the Kaduna State Government has from inception used KADInvest as a serious platform for showcasing its investment potentials. The state’s commitment to consistent implementation of the Ease of Doing Business Charter is exemplary, including its ability to increase its Internally Generated Revenue to N44bn in 2019 from N13bn in 2015 without hiking tax rates. This is very laudable.’’ 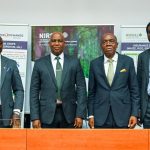