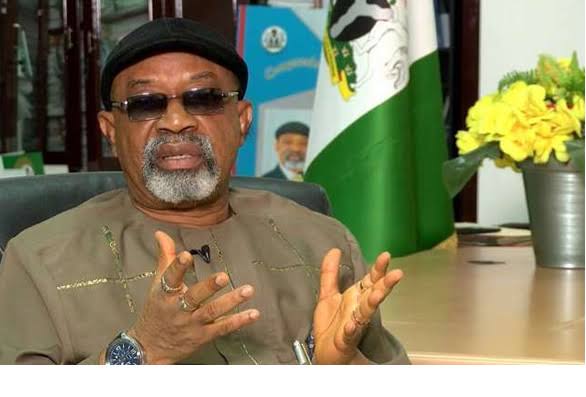 The Minister of Labour and Employment, Dr Chris Ngige, says the seven-day ultimatum given by the Trade Union Congress (TUC) is misplaced.

The TUC had threatened to call a nationwide industrial action if the federal government fails to reverse the recent hikes in petrol pump price and electricity tariff.

He was responding to a question from one of State House correspondents at the end of the 15th Federal Executive Council (FEC) meeting on Wednesday, presided over by President Muhammadu Buhari.

On the ultimatum by the TUC, Ngige said it was misplaced because it was addressed to Buhari which contravenes labour laws.

“The TUC issue, the seven-day ultimatum was misplaced because they were writing the President and issuing ultimatum to him. The President is not recognised by ILO.

“The competent authority for this nature of dispute in Nigeria resides in the man who oversees them, which is whoever is the Minister of Labour and Employment,” he said.

The new policy has a review period of three years.

He said the new policy is aimed at ensuring that all workers are safe at their work places across the country, adding that it derives from provisions of the Nigerian constitution and the International Labour Organisation’s (ILO) convention.

“It derives from the main ground norm law of the 1999 constitution as amended, which in section 17 (3c) prescribes that the Nigerian State shall make laws and bye-laws for preservation of the health and well-being of workers in the work places; men and women at work.

“It also derives form the ILO convention 155, which Nigeria has also domesticated. Again, that talks about making the work place conducive and ensuring the health and well-being of workers,” he said m

Ngige also said the last time the policy was reviewed was fourteen years ago but the new one has a review period of three years.

“The last policy we have was approved in 2006 which makes it exactly 14 years since that was approved by the Federal Executive Council and that is the policy we have been working on. But u know that 14 years is a long span in the life of any law so in the course of operation, certain issues have been thrown up, the world has gone digital, work place mechanism and hazards have been changing and it was therefore necessary that we do a new policy.

“This policy we did now is what you call repeal and replace and it takes care of all that is needed for now, for the health of Nigerian workers,” he said.

The minister explained that the new policy gives specific roles to agencies of government.

“Everybody has his own role now because it’s a cross-cutting situation as most Ministries, Departments and Agencies of government are involved.” 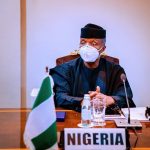