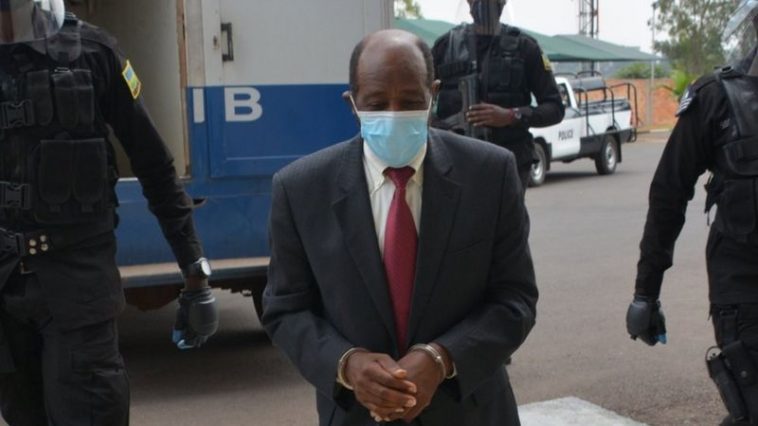 Paul Rusesabagina, a Hutu, well known after Hotel Rwanda depicted his efforts to save hundreds of Tutsis at his hotel during the 1994 genocide has been arrested for leading a “terrorist movement” officials say.

He was paraded by the authorities at a press conference in the capital, Kigali, after he was arrested under an international warrant.

He had been living in exile. The authorities did not say where he was arrested or give any further details about the accusations he faces.

Mr Rusesabagina’s name featured recently in a terrorism case in Rwanda. The court heard allegations that the National Liberation Front (FLN) rebel group had received help from Zambia’s President Edgar Lungu because of his close friendship with Mr Rusesabagina.

Mr Lungu’s spokesman denied the allegation in a BBC interview.

In 2011, Mr Rusesabagina was accused of funding subversion in Rwanda, but no charges were brought. At the time, he denied any wrongdoing and said there was a smear campaign against him.

President Kagame’s critics accuse him of not tolerating any opposition. Several opposition leaders have been jailed and others fled into exile. He says he is trying to prevent a return of ethnic hatred.

About 800,000 Tutsis and moderate Hutus were killed in the Rwandan genocide.

They were killed by Hutu extremists who were forced from power by President Paul Kagame and his Tutsi-dominated Rwandan Patriotic Front (RPF).

Mr Rusesabagina, 66, has received several human rights awards for his life-saving efforts, including the US Presidential Medal of Freedom in 2005.

The 2004 film Hotel Rwanda told the story of how Mr Rusesabagina, a middle-class Hutu married to a Tutsi, used his influence – and bribes – to convince military officials to secure a safe escape for an estimated 1,200 people who sought shelter at the Mille Collines Hotel in Kigali.
Don Cheadle played Mr Rusesabagina in the film.
Rwandan genocide survivors’ group Ibuka has in the past said that he exaggerated his own role in helping hotel refugees escape the 100-day slaughter.
In 2007, Mr Rusesabagina said a UN-backed war crimes court should put some members of the RPF on trial for their alleged role in the genocide.
“I’m just a normal person. But I’ve always defended human rights,” he said at the time.
“I’m trying to be the voice of millions of Rwandese who have no-one to speak out for them.”
SHARE THIS ARTICLE 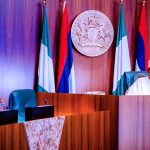