Scores of #RevolutionNow protesters, who are demanding good governance in the country, were on Wednesday arrested by a combined team of the Police and the Army in Abuja.

The banner and placard-carrying protesters had massed at the Unity Fountain, Shehu Shagari Way, Maitama, and hit the streets as early as 8.15 am.
The inscriptions on the banners and placards read :”Nigerians are sick and tired of poverty, corruption, injustice and untimely death’; ‘Say no to injustice’, ‘Yes to living wage for unemployed youths’’.
PerSecondnews recalls that the convener and publisher of SaharaReporters, Omoyele Sowore, was picked up in Lagos in 2019 and whisked to Abuja.
He was detained for about three months and was thereafter charged to court.
Sowore is currently on bail and he is restricted to Abuja until the trial is concluded.
 
As soon as the protesters, who donned whom orange berets started out that  policemen stormed the venue and dispersed them.

To complement the efforts of police, soldiers and other security agents manned the streets including Aguiyi Ironsi Street to bust the protest.

Some of the youths were manhandled and beaten.

 One of the protesters, a human rights lawyer, Mr Tope Akinyode, said he was harassed by the security agents while some were arrested after they were humiliated.

“They arrested about 29 of our people. Security officials made them to lie down and beat them. Even as a lawyer I was harassed. They pushed me around. This is very undemocratic.”

Also in Lagos and Osogbo, some of the protesters were teargased, beaten and arrested. 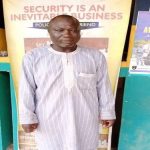 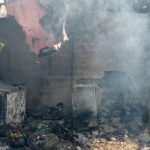